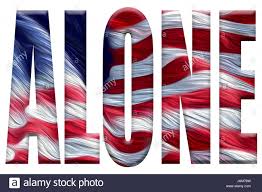 Trump seems too misinformed to realize the importance of building international alliances, even for countries like the US

Only a few days after President Donald Trump delivered his national security speech, in which he highlighted his “America First” mantra, a UN General Assembly vote over the sovereignty of Jerusalem showed that America was not really “first,” but rather alone and isolated.

With 128 nations voting against America, and only eight governments supporting it, Americans could not but help notice how Trump had effectively shot himself in the foot.

Perhaps his poor knowledge and lack of foreign policy experience made Trump commit his faux pas. After all, the sovereignty over Jerusalem was not a “pressing issue,” until Trump made it so in his ambiguous speech, in which he recognized Jerusalem — without specifying whether he meant East, West, or undivided — as the capital of Israel.

In his Jerusalem speech, Trump sounded so amateurish that he said that his administration would be looking for contractors, engineers, and architects to execute the move of the U.S. embassy from Tel Aviv to Jerusalem. While engineers and architects might seem important if you were in the real estate business, they mean little in international politics. Only Trump does not seem to realize that his speech on Jerusalem was all fluff and no substance.

It seems, however, that Trump miscalculated his move on Jerusalem. He might have reasoned that an ambiguous speech might win him favor with the Christian right and American Jews, a favor that he seeks for his reelection bid in 2020. But Trump did not seem aware that words count in international relations.

Trump did not learn from the international backlash against his Jerusalem speech. He went further by threatening to cut U.S. aid to governments that vote for the UN General Assembly’s resolution, which kept Jerusalem a disputed territory, rather than recognize it as the capital of Israel. The U.S. president was seemingly unaware that — should his threat fail — it would show him and America weak, an image that Trump hates.

Those who read Trump’s two speeches carefully, the one on Jerusalem and the one on U.S. national security, could have predicted America’s astounding diplomatic defeat at an international organization that the U.S. hosts and funds to a large extent.

And in a way, that has become the signature of Trump and his administration, the U.S. president said things at the same time that his subordinates said the opposite. Even after Trump’s “recognition” of Jerusalem as Israel’s capital, the classification of East Jerusalem and the West Bank remained “disputed territory”, as per the U.S. State Department.

Similarly, a day after governments that are recipients of U.S. aid voted against America at the UN, the State Department said Washington has no plans to suspend any foreign aid to these countries, in effect showing that Trump’s statements were just what they were: meaningless words with no effect on real life.

Ever since he announced his candidacy, and with the assistance of “economic populist” and his former chief strategic Steve Bannon, Trump has endorsed a rhetoric that is more imaginative than real. Even worse, Bannon and Trump’s idea of “America First” breaks with the traditional Republican perspective on America and its role in the world.

America’s founders, many of them members of Masonic and other similar fraternities, prided themselves on being the descendants of a long line of masons who had built past empires, such as Egyptians and Israelis. America’s founding fathers envisioned America as the last in a long line of empires, and a source of enlightenment and civilization for the whole world. This thinking culminated in Republican President Ronald Reagan uttering his famous description of America as a “shining city on a hill.”

Reagan enjoys a deity-like status with almost all Republicans, including Trump, who fashioned his electoral campaign along the lines of his predecessor. It was the Reagan campaign that came up with its electoral slogan “Let’s Make America Great Again,” a motto that Trump borrowed for his own campaign. So far, Trump has even emulated Reagan’s platform: By lowering taxes in such a drastic way that parallels 1986, Trump is effectively carving for himself an image of being another Reagan.

But the unlearned man that he is, Trump’s emulation of Reagan is only superficial. The liberalization of world economy and championing of free trade was one of the main pillars of the Reagan-Thatcher economic boom. Trump, however, has been preaching against free trade, arguing instead for protections and tariffs.

Another point over which Trump — perhaps unwittingly — parts ways with Reagan, is foreign policy. Reagan made sure that America’s alliances around the world remained rock solid. Reagan’s relations with British Prime Minister Margaret Thatcher were the best between any two sovereigns in recent history.

Reagan courted other allies. When he deployed the Marines to Beirut to oversee the relocation of the fighters of the Palestinian Liberation Organization (PLO) to Tunisia, he made sure that U.S. allies — the French and the Italians – would also be sending troops to Lebanon for the same purpose. When Reagan planned to defeat the Soviet Union in Afghanistan through supporting the Mujahideen, he did so in close coordination with Saudi Arabia.

Trump seems too misinformed to realize the importance of building alliances on the international stage, even for countries with unparalleled power like the U.S. Instead, Trump has resorted to bullying allies and bluster rhetoric. So far, Trump’s style has been all words, and nothing else.

Trump believes that he can restore the U.S. to the glory it once enjoyed under Reagan. To do so, he has adopted Bannon’s motto “America First.” But because of their inexperience, Trump and Bannon have so far made America lonely and isolated on the world stage, rather than making it “first” again.

Pushing Netanyahu’s agenda
Was the Atilla case worth it?
Comment