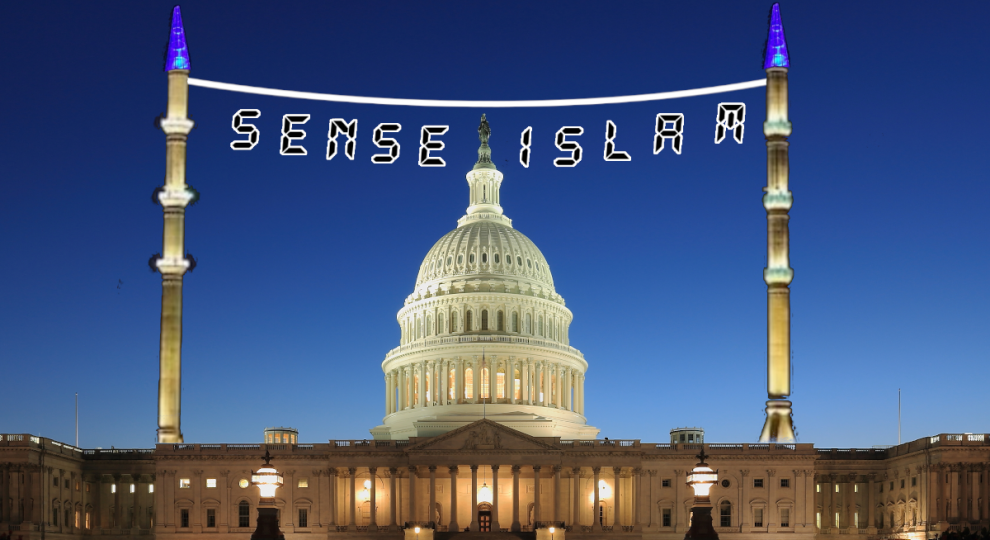 “America needs to understand Islam, because this is the one religion that erases from its society the race problem”.

Malcolm X continued as he penned these words during his visit to the Holy City of Mecca in 1964:

Malcolm X, a human rights activist was closely connected to the issue of racial discrimination in America and had struggled throughout his adult life to bring a semblance of normalcy to the lives of African Americans who were greatly affected by “anti-black racism” and all the ills that it brought.

He was previously a member of the “Nation of Islam”, however he eventually became disillusioned by them and renounced its teachings, disavowing racism of any kind, where previously he was taught that the “white man” was the devil himself. He embraced true Islam and discovered for himself when he visited Mecca how Islam had already solved the “race problem”.

Prophet Muhammad (s.a.w) explained in the year 630 during his last sermon, making it abundantly clear that “a white has no superiority over black nor a black has any superiority over white except by piety and good action”.

When Islam was introduced to the 7th century Arabia, it quickly broke the chains of oppression and solved many of the ills found in those societies, one of which was racism.

Bilal was an Abyssinian slave who was tortured by his owner for having accepted Islam. Abu Bakr, the close companion of Prophet Muhammad (s.a.w) went to Bilal’s owner Umayyah Ibn Khalaf and witnessed how they were torturing Bilal. Abu Bakr was angry and asked to purchase Bilal for more than what a slave was normally offered. Umayyah being a tradesman saw an opportunity and sold Bilal to Abu Bakr.

Abu Bakr, immediately freed Bilal and put his arms around him. Umayyah not liking what he saw, said to Abu Bakr: “Had you offered only one ounce of gold, I would have sold him to you!”, implying that Bilal wasn’t worth much at all and that Abu Bakr had made a bad trade. Abu Bakr on the other hand responded immediately to protect the dignity of Bilal, his brother in Islam and humanity:

“By Allah, had you asked one hundred ounces of gold for him, I would have paid it!”, thereby exalting the worth of Bilal, who was from Abyssinia and had dark complexion. He was somebody that prior to Islam was looked down upon yet Islam raised his status and made him stand out in the annals of history. Bilal became one of the most famous companions of Prophet Muhammad (s.a.w). Many Muslims today name their sons Bilal, who was in fact chosen by Prophet Muhammad (s.a.w) to become the first muazzin – prayer caller.

The solutions that Islam brought are not merely applicable to a bygone era, these solutions are just as applicable today as they were then and they will continue to echo the truth and righteousness until the end of times.

Allah says in the Quran, meaning of which is:

“O mankind! We created you from a single soul, male and female, and made you into nations and tribes that you may come to know one another. Truly, the most honoured of you in God’s sight is the greatest of you in piety. Surely Allah is (all) Knowing, (all) Aware. [Quran translation 49:13]

“And one of his signs is the creation of the heavens and the earth and the diversity of your tongues and colours; most surely there are signs in this for the learned.” [Quran translation 30:22]

No person from one race can claim superiority over another person from a different race, regardless of whether this is based on colour, ethnicity, language, wealth or any other matter in this regard. Superiority or inferiority within these matters are social constructs and it is clear from the quoted verses above that human beings are judged by God based on their piety, not based on their biological characteristics which they’ve had no say over, like skin colour for example.

The differences in our biological characteristics provide valuable lessons for us, they’re an impetus to get to know one another, to learn from each other, to respect each other and most importantly they are signs that point to God, His amazing creation and His wisdom.

The mere idea of claiming superiority or inferiority in this regard appears to be completely irrational and to take it one step further, it seems that it is rather satanic in nature!

The brotherhood that Malcolm X witnessed in Mecca, seeing men of all colours from all walks of life bonding and sharing with one another without discrimination of any kind persuaded him that Islam solves the race problem and it is for this reason that he advised his followers and Americans in general that they need to acquaint themselves with Islam.

The riots that we are witnessing in the United States today and the Black Lives Matter movement that is growing stronger each day speaks volumes about this plague of racism, which is insidious.

Layers of institutionalised and structured racism have caused racial tensions to reach a boiling point.

There are those who deny that systematic racism exists in the United States and point to the high crime rate of African Americans, claiming that “police brutality” is merely a response to the disproportionate number of crimes that are committed by African Americans. However the reality is that the stereotype of a criminal, being young and “black” male have led to racial profiling by police officers [1] as well as those working in the justice system, which in turn leads to discriminatory practices towards African Americans. These practices lead to more arrests and harsher sentences for African Americans. [2] It is a vicious cycle that needs to be addressed.

The Civil Rights Act of 1964 outlawed discrimination based on race, colour, religion, sex or national origin. However the data shows that African Americans are still discriminated against when we look at wealth distribution amongst races. This report [3] shows that even when you take into consideration increased education levels, African Americans have less wealth than their white counterparts. There’s discrimination within the employment sector and within the mortgage market.

Regardless, it is important to understand the role slavery played in shaping the lives of African Americans, this is an inconvenient truth that is often neglected in history classes.

The United States along with other Western countries were “settler colonial societies”. It can be argued that even today the United States is still a country that espouses imperialism.

These colonialist countries invaded and settled in different parts of the world and committed terrible crimes against the indigenous populations of those countries. Millions of African Americans suffered tremendously because of the slave trade that was created and which lasted for centuries.

Poverty and high crime rates are potentially a legacy of slavery that African Americans were subjected to. The government of the United States of America and other white Americans became rich on the back of slave labour, which was forced upon the African Americans:

“If I take the wages of everyone here, individually it means nothing, but collectively all of the earning power or wages that you earned in one week would make me wealthy. And if I could collect it for a year, I’d be rich beyond dreams. Now, when you see this, and then you stop and consider the wages that were kept back from millions of Black people, not for one year but for 310 years, you’ll see how this country got so rich so fast. And what made the economy as strong as it is today. And all that slave labor that was amassed in unpaid wages, is due someone today. And you’re not giving us anything when we say that it’s time to collect.”

“If you stick a knife in my back nine inches and pull it out six inches, there’s no progress. If you pull it all the way out that not progress. Progress is healing the wound that the blow made. And they haven’t even pulled the knife out much less heal the wound. They won’t even admit the knife is there.” (March, 1964)

Malcolm X understood well the injustices the African Americans suffered at the hands of the colonialists. He understood that this injustice was ingrained in the society in which they lived from the very beginning.

This is not something that can be fixed overnight and fixing it requires a change in mindset, it requires us to see one another as equals, to treat each other with dignity and respect, to embody the principles of justice, to stop exploiting or taking advantage of each other and to do away with injustice and oppression.

Allah says in the Quran, which means:

“Surely Allah does not do any injustice to men, but men are unjust to themselves.” [Quran translation 10:44]

“O you who believe! stand out firmly for Allah, as witnesses to fair dealing, and let not the hatred of others to you make you swerve to wrong and depart from justice. Be just: that is next to piety: and fear Allah. For Allah is well-acquainted with all that ye do.” [Quran translation 5:8]

We learn from a prophetic tradition that Allah said (meaning of which is):

Racism and injustice are forbidden in the religion of Islam in no uncertain terms and Malcolm X has advised wisely when he said: