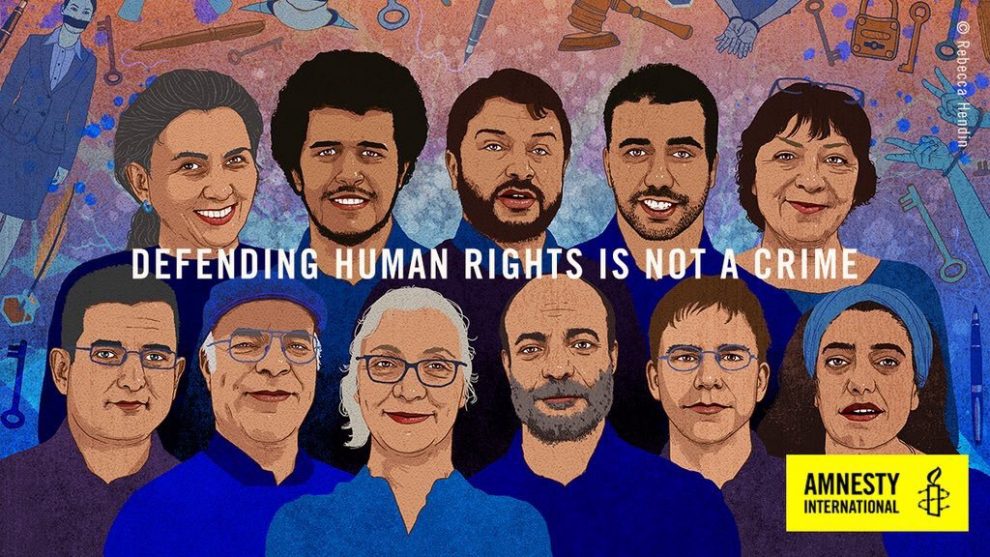 Four out of eleven employees of Amnesty International’s Turkey branch have been sentenced to various prison terms due to membership to FETO (Fetullahist Terorist Organization) or assisting the terrorist organization in today’s hearing. While Taner Kılıç was sentenced to 6 years 3 months for membership of FETO, Özlem Dalkıran, İdil Eser and Günal Kurşun were all given 1 year 13 months for assisting the terrorist organization.

Taner Kılıç was convicted of being a FETO member and his affiliation with the terrorist organization was proven by prosecutors.  Instead of being pleased with the court decision that cleared Amnesty International from FETO’s infiltrators, members of the human rights organization accused the trial of being politicized. However, seven other defendants were acquitted by the same decision, disproving that judges were not biased.

Amnesty’s reaction has been regarded as sacrificing their principles for the sake of their convicted friends by analysts. Amnesty and other human rights organizations like HRW are criticized for supporting FETO  and members of leftist terrorist organizations fighting against Turkish state. In today’s hearing, Taner Kılıç of Amnesty was sentenced for being a member of FETO, which attempted a failed coup in 2016, resulting in the murder of 251 people. While Amnesty has defended rights of FETO members, it has generally remained silent against victims of the coup. Some Turkish newspapers have called the abandonment of Amnesty’s activities for their hypocrisy.