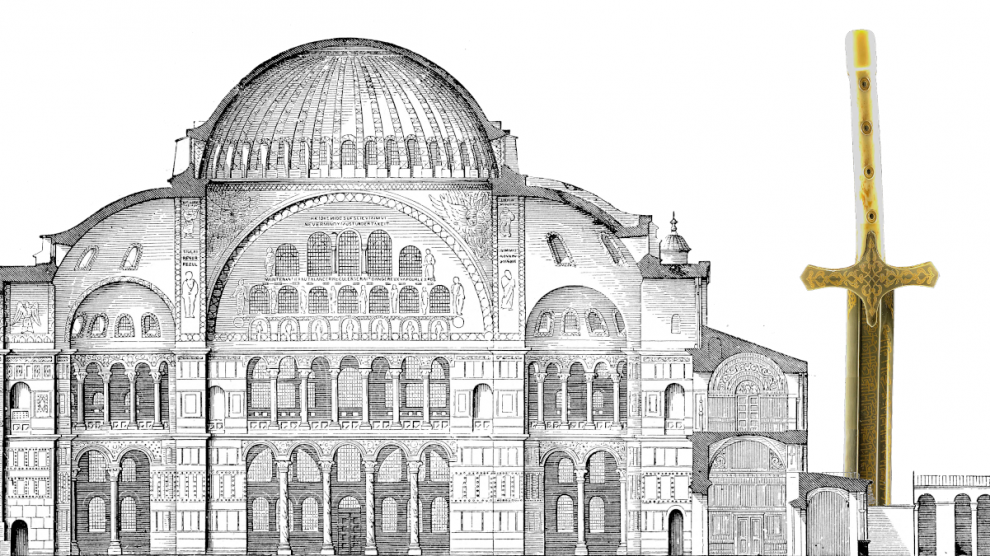 Turkish government has long moved forward with its intention to reinstate the historic Hagia Sophia as a mosque which sparked a heated debate in the western world climax of which was the statement of the US secretary of State, Mike Pompeo’s saying on Wednesday that the 6th century Byzantine architecture should stay as a museum. Western media and politicians have weighed in on this domestic Turkish issue to say that they are against the “conversion” of Hagia Sophia into a mosque but in reality the move of Turkish government is not a conversion but a part of the 2 decade-long return policy to religious foundations.

Turkish state has confiscated several properties of non-Muslim minority foundations since the collapse of the Ottoman empire which is known for providing a safe and free environment for all kinds of faith and ethnicity. From Greek Orthodox to Assyrians, several minority religious groups have since been fallen victims to protectionist policies of modern Turkey. After Turkish president Recep Tayyip Erdogan came to power in 2002, Turkey, once again, launched a path to embrace all ethnic and faith groups. As the democratic standards increased during 2000s, successive Erdogan governments have courageously returned properties worth more than $3 billion to non-Muslim foundations.

Following the fall of Istanbul on May 29th 1453, Sultan Mehmed also followed a path that would transcend his age. He granted free Ottoman citizenship to those in the city instead of practicing the right to take them all as slaves. The new Sultan of two empires personally gave his word to fearful crowd inside Hagia Sophia that their lives and freedoms were assured. The Greek Orthodox Patriarchate was granted formal status and given special privileges. Sultan Mehmed only converted 5 churches in the city into mosques while dozens of others being protected. The new Sultan spent a significant part of his personal welfare for the development of Istanbul and established a foundation for this. Hagia Sophia was one of the leading places for which the income of the foundation would be spent. Still today, the official deed record of the building says “Sultan Mehmed the Conqueror Foundation.”

In 1934, Hagia Sophia was illegally confiscated from Sultan Mehmed the Conqueror Foundation by the Turkish Parliament and turned into a museum with a controversial signature of Mustafa Kemal Ataturk. There are substantial evidences and arguments that Ataturk’s signature was forged. It has since been one of the greatest wounds in the conscience of Turkish public. Several attempts has been left unfinished to reinstate the Sultan Mehmed the Conqueror Foundation and return its properties including Hagia Sophia.

When the western media and the politicians come forward to loud rejection about Turkish government’s recent decisive policy to return the structure to its rightful owner and reinstate its status as a mosque, the word conversion is purposely used. But in reality, what the government is trying to do is returning of property to a religious foundation that it has been courageously doing for two decades. The west has hailed Erdogan governments when Turkey returned properties of non-Muslim foundations. Their objection in Hagia Sophia only expose never-ending hypocrisy.