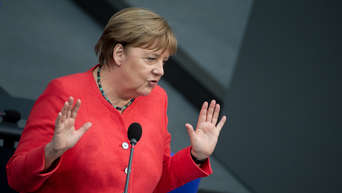 German Chancellor Angela Merkel begged her citizens on Wednesday in Bundestag to abide the coronavirus measures especially during the upcoming Noel holiday as daily casualties in Germany neared one thousand. The western media have been worshipping Germany for being the most successful nation in coronavirus fight but the recent numbers and Merkel’s appeal just proved that has not been the case at all.

Angela Merkel has been quoted saying by the German media that “if kids get cold in the classrooms, they should do some warm up moves because the windows have to be wide open during cold winter months to properly circulate fresh air to stop coronavirus infections.” Germany has been adamant in continuing with face to face education but the situation in schools has been dire, according to teachers and parents. Despite certain small-sized measures, daily infections in Germany have been hovering around 30 thousand while casualties at some point neared one thousand.

Germany has been hailed by the western media as the most  successful country by far in curbing the novel coronavirus but Merkel’s recent appeal as well as the numbers just shows that has not been the case at all. After the official infection rate hit the uncontrollable area, Merkel took advantage of her time in Bundestag on Wednesday to beg Germans to adhere the rules or else. “I really am sorry, from the bottom of my heart. But if the price we pay is 590 deaths a day then this in unacceptable,” cherished Merkel decried. “Despite measures, numbers of death have not fallen,” Merkel said.

Merkel also argued that rejecting coronavirus measures is against the European enlightenment. “Europe owes where it is today to science. That is why I studied physics. We need to adhere the science,” Merkel said. Germany and other European nations has been facing tough rejections and protests against coronavirus measures which according to Merkel’s argument have made substantial amount of Europeans anti-science.

Merkel also pointed out that the coronavirus pandemic has caused a shift in global power balance and Germany would like contain its current position after the pandemic. German state-affiliated network Deutsche Welle has reported yesterday that Germany has lost its role model status during the second coronavirus wave. 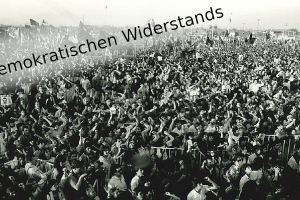