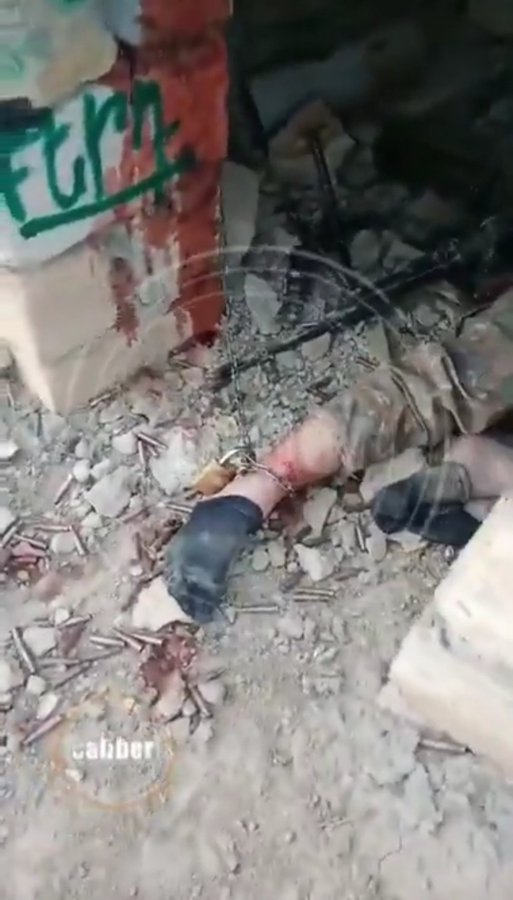 Armenian army has been retreating against Azerbaijan attacks in Karabakh since clashes started on September 27. Azerbaijani Ministry of Defense claims that they retook half of occupied lands within the last six days. Footages show that thousands of Armenian soldiers have been either killed or wounded.

Videos posted by an Azerbaijani TV show that Armenian commanders chain soldiers to their posts or cars to prevent soldiers from fleeing the front. According to a footage broadcasted ITV, drivers are handcuffed to the cabin of the military truck.

.@hrw this is a gross #violation of #HumanRights This is pure evil #inhumane. Regardless of #ethnicity #nationality this is wrong. #Military truck intercepted by #Azerbaijan shows #Armenia #ArmenianArmy chain their own to the wheel! pic.twitter.com/SMF0XR10SK

In another video, a dead Armenian machine gunner  is seen as chained by his foot to his post.

– Looks like an Armenian machine gunner was chained into his post, possibly by his superiors to prevent fleeing. What in the actual fuck!

The method was criticized even by Armenian citizens.