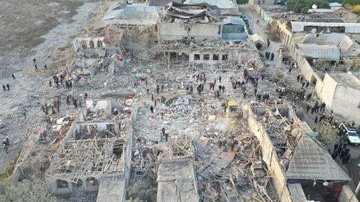 “Armenia’s fascist leadership has perpetrated next war crime, fired on the cities of Gandja and Mingechevir using tactical operational missile system. They will be held accountable for this crime. Our revenge happens on the battlefield,” Azerbaijan President Ilham Aliyev said. 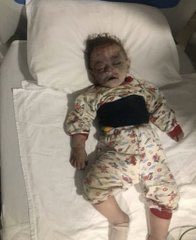 Armenia has intensified attacks on civilians living in cities, 100s of kilometers away from frontlines.

Soviet era-developed Elbrus operational-tactical missile complex, also known as SCUD, is being used by the Armenian forces against the Azeri civilians.

The Elbrus missiles are highly destructive weapons with a range of 300 kilometers (186 miles) that can carry up to 700 kilograms (1,543 pounds) of explosives.

Gandja, Azerbaijan’s second-largest city, has come under constant attacks where civilian life and properties have been damaged.

The Azerbaijani military has instead focused on liberating territories from Armenia in Upper Karabakh.

Hikmet Hajiyev, the assistant to the Azerbaijani president and head of the foreign policy department of the Presidential Administration, visited Gandja along with diplomatic corps and military attaches.

“Th [Azerbaijani] nation’s just voice should be heard by everyone,” Hikmet told the foreign diplomatic corps.

“The people of Ganja are always strong and are always by the state,” he said.

“Armenia continues to commit war crimes in Azerbaijan, killing civilians there, including children,” Cavusoglu said. “Silence in face of savagery means complicity in murder. Those who do not claim their share of humanity will be held accountable for their crimes.” 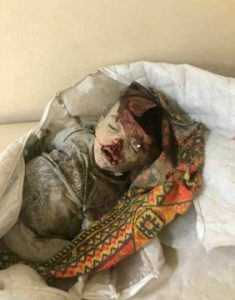 What is Nagorno-Karabakh conflict?

Relations between the two former Soviet republics have been tense since 1991 when the Armenian military occupied Upper Karabakh, or Nagorno-Karabakh, an internationally recognized territory of Azerbaijan.

Some 20% of Azerbaijan’s territory has remained under illegal Armenian occupation for nearly three decades.

The OSCE Minsk Group – co-chaired by France, Russia, and the US – was formed in 1992 to find a peaceful solution to the conflict, but to no avail. A cease-fire, however, was agreed to in 1994.

Multiple UN resolutions, as well as international organizations, demand the withdrawal of the occupying forces.

World powers, including Russia, France, and the US, have urged a new cease-fire. Turkey, meanwhile, has supported Baku’s right to self-defense and demanded the withdrawal of Armenia’s occupying forces.

US and NATO silent about Greece’s S-300 test fires
Pakistan’s Imran Khan has a huge constituency of reform – will he seize the opportunity?