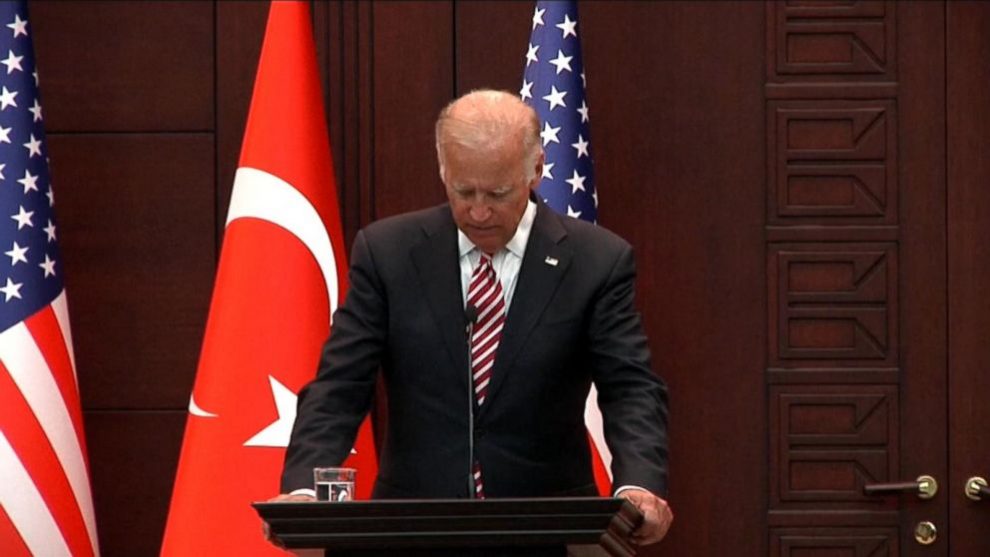 Last December the US presidential prospect Joe Biden remarked that in his presidency he would support the opposition in Turkey to win the election against the Turkish President, Tayyip Erdogan. Those remarks surfaced last week and caused eyebrows to raise as it is seen by many as an intention to meddle with Turkey’s domestic affairs. The irony in this statement is that the party of Biden, the democrats, relentlessly pursued the removal of Donald Trump from the presidency on the grounds of his alleged involvement with a foreign entity, the Russians, meddling in the 2016 US elections.
Biden’s remarks once again brought up the US government’s tradition of trying to change those regimes and governments which it perceived hostile or adverse. Between 1947-1989, the US tried to change other nations’ governments 72 times. Among numerous US orchestrated coups, the most notables are Iran (1953), Guatemala (1954), Dominican Republic (1961) Congo (1961), South Vietnam (1963), Brazil (1964), Argentina (1976), Panama (1990). Most recently, in Venezuela, the US has overtly propped up Juan Guaidó in his quest to overthrow the country’s democratically elected president Nicolas Maduro, although so far it has failed.
The Turks have had their share of coups in the last 60 years. During the Cold War, the Turkish military stepped in three times (1960, 1971, 1980) and removed the democratically elected governments under the pretext of expelling “Islamism” or “Communism” threats. The pro-NATO cadre dominated the Turkish Armed Forces (TAF) for much of the Cold War, which meant pro-US. The symbiotic relationship was so strong those coups would not have occurred without Washington’s consent. Most notably, the then CIA Ankara station chief Paul Henze is known to have said after TAF overthrew the government on September 12, 1980, “Our boys in Ankara did it.”
The bloody July 2016 abortive coup once again brought about the question of possible US involvement. Despite Turkey’s repeated pleas and submitting formal evidence that Fetullah Gulen orchestrated the coup attempt, Washington has, so far, refused to extradite him. Furthermore, Biden’s recent surfaced statement that “Erdogan has to pay the price. He needs to be removed through political means.” The ‘price’ was in referral to the fact that Erdogan bought the missile system from Russia since US Congress refused to sell Turkey the US missile defense system for the protection of the country. This has reinforced the Turkish people’s conviction that US has frequently meddled in Turkish politics to overthrow its governments.
One would only hope that Biden’s remarks were just part of his effort to appeal to anti-Turkish Armenian, Greek and pro-PKK lobbies in Washington, whose votes he will need in November. The July 2016 coup attempt brought the Turkish public to their senses, prompting them to be on vigil against possible future meddling in their democracy by outside groups.
On a final note, the last four years have proven that coercing Turkey into accepting Washington’s regional policy of supporting Turkey’s enemy, the PKK terror organization, in Syria and attempting to create an autonomous PKK administration backfired. Just as the US keeps its borders safe, Turkey must keep its borders safe. It is to the interest of both NATO allies to cooperate. If elected, Biden will have to take this point into consideration.