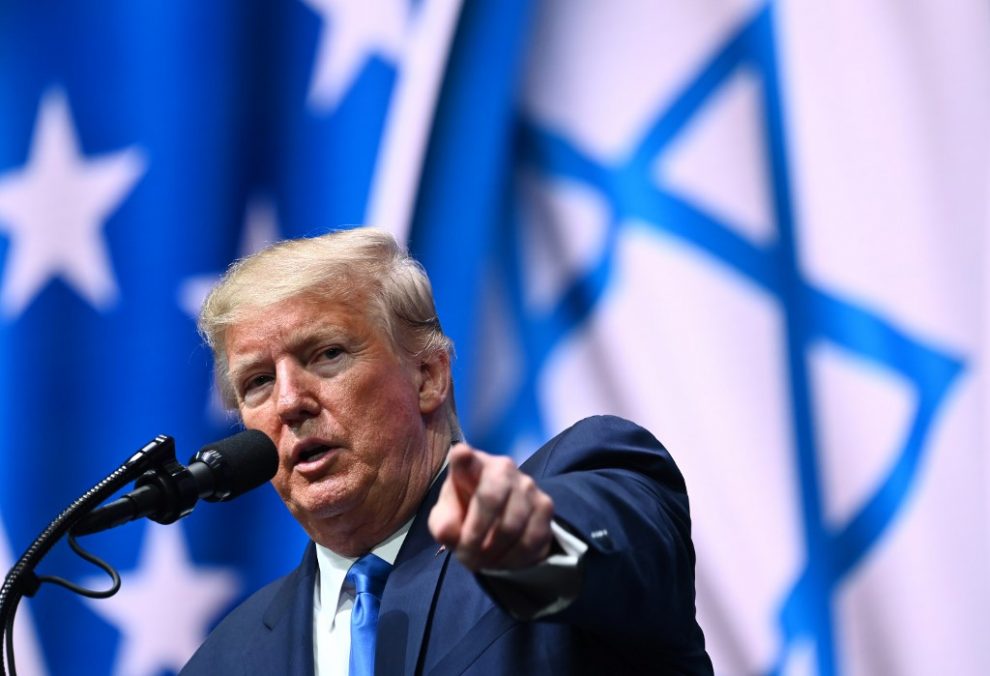 The Kushner Diversified Companies LLC, an American real estate developer in New York City Metropolitan Area and New Jersey, wants a piece of the so-called “deal of the century” in the form of business opportunities in the Israeli-occupied Palestinian territories. Kushner Diversified is owned and operated by U.S. President Donald Trump’s son-in-law Jared Kushner’s father, who was convicted of illegal campaign contributions, tax evasion and witness tampering. Jared’s wife, Ivanka Trump, touted her father’s announcement of the first step of the deal, the Israeli-UAE embassy accord, with this ingeniously epigrammatic quotation from New York Times columnist Thomas L. Friedman:

“The UAE and Israel and the U.S. on Thursday showed – at least for one brief shining moment – that the past does not always have to bury the future, that the haters and dividers don’t always have to win.”

Friedman thinks that the Israel-UAE consular agreement is a “geopolitical earthquake that just hit the Mideast” whose effects should be felt throughout the region.

I don’t know if any of these parties were aware of another ingeniously enlightening saying from Winston Churchill:

“A nation that forgets its past has no future.”

We all know that without history there are no memories; and if there is no memory, there is no future. As Churchill said, “If we don’t learn from the past, we repeat the same mistakes again.”

Incidentally, this month is a truly historic time not because the crown prince of Abu Dhabi, Mohammed bin Zayed Al Nahyan, is opening an embassy in occupied Jerusalem – in exchange for Israel not annexing those lands into Israel proper for now – but because it is the 72nd anniversary of the Nakba, the 1948 expulsion of hundreds of thousands of Palestinians from their homes.

The word “al-Nakbah” literally means “disaster” or “catastrophe” and is the name of the ethnic cleansing, killing and displacement of Palestinians and the Jewish settler colonialism.

By May 1948, right before the Israeli declaration of independence, nearly 175,000 Palestinians (approximately 25%) had already been expelled, the largest single expulsion since the war began. In August, 60,000 inhabitants, or nearly 10% of the whole exodus, were forcibly expelled on the orders of the first prime minister of Israel, David Ben-Gurion, and Israeli politician Yitzhak Rabin, who would later become the fifth prime minister of Israel, in the events that came to be known as the “Lydda Death March.”

Palestinians from across the political spectrum last week strongly condemned the normalization agreement between Israel and the UAE, calling it a betrayal of Arabs and Palestinians. Many Palestinians and Arabs expressed outrage on social media about the agreement, with some calling it a “new Nakba.” Hanan Ashrawi, a member of the Palestine Liberation Organization’s (PLO) executive committee, said Israel “got rewarded for not declaring openly what it’s been doing to Palestine illegally and persistently since the beginning of the occupation.” The UAE, she said, “has come out in the open on its secret dealings with Israel.”

The current family running the union of the seven small emirates is actually no stranger to the Israeli occupation of Arab lands. The House of Al Nohayan strongly opposed the Wahhabis in neighboring Saudi Arabia but following a breakdown of authority, the usurpers of power joined Arabs who conspired with the British in defeating the Ottomans in World War I that led to the British occupation of Palestine.

UAE Crown Prince Mohammed bin Zayed (MBZ), who signed the consular agreement with Israel, is not only the architect of the “deal of the century” but also the person who conspired to pick Saudi Crown Prince Mohammed bin Salman (MBS) to lead the richest Arab country. MBZ thinks that MBS should cough up the money to buy Palestinians a deal with Israel. With MBS, he will build a strong joint Muslim army to control the Middle East. They are trying their hand in Yemen but unfortunately, they cannot get all the weapons they need from the United States because of congressional impediments. Now, no sane U.S. lawmaker would withhold arms from the person who normalized his country’s relations with Israel.

Meanwhile, Netanyahu guarantees yet another election (a fourth in the last 12 months), as well as Trump who hopes to get the Jewish votes in November. The Kushner family is inching closer to the “real estate deal of the century” in the new Palestinian areas under Israeli occupation, which is not going to be annexed to Israel proper at least before November.

This is something Islamic nations are surely happy about. Right?