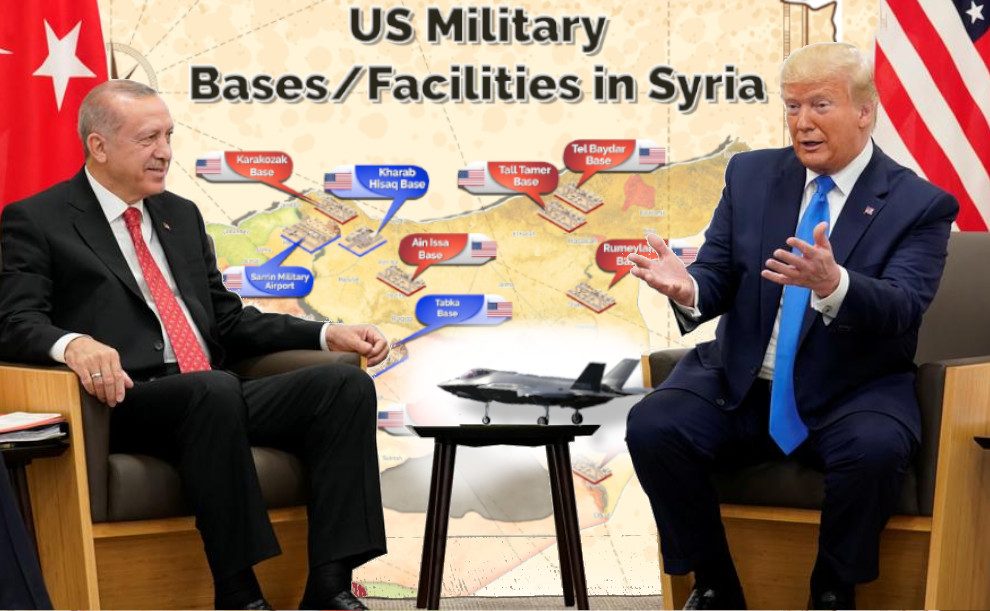 Last week, CBS News released a news report by David Martin on U.S. forces in Syria. The report included remarks by General Frank McKenzie, commander of U.S. forces in the Middle East. The General defined the mission of their presence in Syria as “supporting U.S. partners in their fight against ISIS [Daesh] .”However, it has been months since the last piece of Daesh-controlled land was taken back. Despite this, around 1,000 American troops remain deployed in Syria. A deadline has not been set for their return.

There are three questions to be asked at this point. Is the People’s Protection Units (YPG), trained by U.S. military experts and equipped with thousands of trucks of arms donated by U.S. army, too weak to resist Daesh, which has been completely mopped up in the territorial sense, and that 1,000 U.S. troops still remain there? If so, are experts are right in saying that the YPG’s struggle against Daesh means nothing more than stepping into areas which were bombed by U.S. aircraft so heavily as to leave no people there. Furthermore, why are 1,000 U.S. troops are still deployed even though the U.S. President first said that all the troops would withdraw and then that a few hundreds of them would remain?

As a matter of fact, what is more important than these three questions is how much longer the U.S., which calls Turkey its “strategic partner,” will continue to call the YPG, and by extension the PKK, which has carried out numerous terrorist attacks in Turkey, including suicide blasts, its “partner.”

“We are building a large army in the south of Turkey, led by the PKK, to fight and control ISIS [Daesh] in Syria. Turkey opposes it every day,” U.S. special envoy for Syria James Jeffrey had voiced this dilemma during his Council on Foreign Relations speech in January 2018 before he took office.

Sadly enough, at the very moment when Jeffrey was welcomed by Turkish Defense Minister Hulusi Akar in Ankara earlier in the week, U.S. General McKenzie met with Şahin Cilo, a senior PKK member and currently YPG leader, called as “my adopted son” by PKK leader Abdullah Öcalan, and disclosed this to the media. Could there be a clearer picture of the contradiction between Trump’s White House and the Pentagon generals than this?

Ever since President Trump took office, he has been seeking to make up for mistakes that have remained from the Obama era’s wreckage in Turkey-U.S. relations. He expressed this most recently at the G20 summit, saying that unfair treatment in the Obama era pushed Turkey to opt for the S-400 missile defense system instead of the Patriots. He also indicated that the exclusion of Turkey from the F-35 project, where it was a production partner, was a mess and unfair treatment.

However, Trump has limited authority on the withdrawal of troops from Syria and the exclusion of Turkey from the F-35 project. It appears that Trump, stuck between the House and Senate and the Pentagon, is striving to save Turkey-U.S. relations, which seem to hang by a thread. In fact, for the Trump foreign policy, which has become even more solid due to the tense relations with Iran and the trade war with China, and points to a greater regional rivalry, the most rational option is not to lose Turkey.

Despite many obstacles, we will see if President Trump will be able to make Turkey-US relations great or even normal again. Cutting aid and support for the YPG would be the prerequisite of such a mission.

What Putin needs to do
Turkey’s Self-Orientalists vs. Orientalists
Comment