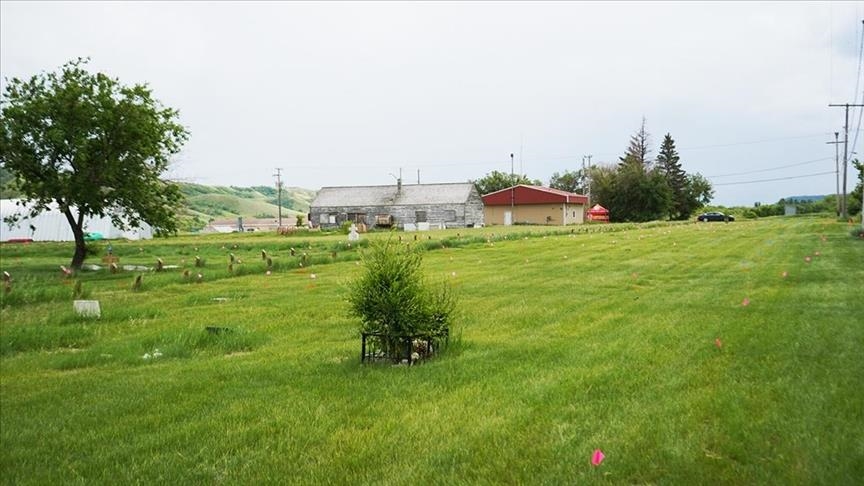 As Canada prepares to commemorate its birth as a nation on July 1, it will be a bleak anniversary overshadowed by the chilling news that there are 1,148 unmarked graves discovered at the sites of three former Indian residential schools.

In late May, 215 graves were found by the Tk’emlups te Secwepemc First Nation at the site of a former school at Kamloops, British Columbia (B.C.). The revelation prompted national outrage, as the news that residential schools – the first one opened in the 1820s – were forced onto First Nations with compulsory attendance by children. The idea was to instill white culture in the “savages.”

In mid-June, 751 unmarked graves were discovered at the former Marieval residential school by the Cowessess First Nation in Saskatchewan. The graves were once again proof of historic ill-treatment of Indigenous children – survivors told of malnutrition, beatings, and sexual abuse at two Catholic-Church run schools.

The Marieval finding stoked the outrage of Canadians to a higher pitch and Prime Minister Justin Trudeau apologized on June 25 for Canada’s historic deplorable treatment of First Nations people.

“To the members of the Cowessess community and Treaty Four communities, we are sorry,” the prime minister said. “It was something that we cannot undo in the past, but we can pledge ourselves every day to fix it in the present and into the future.” Treaty Four represents a historic treaty between Queen Victoria and some First Nation tribes.

But there was more horror to come.

On Wednesday, another revelation came out, this time from the Ktunaxa Nation (Lower Kootenay Band) that 182 shallow unmarked graves lay at the former St. Eugene’s Mission Residential School near Cranbrook, B.C. Once again, the school, which operated from 1912 to the 1970s, was run by the Catholic Church.

The revelations have cast a pall over Canada Day. On Parliament Hill in the nation’s capital of Ottawa, the red and white Maple Leaf flag of Canada will fly at half-mast, as it will in many communities across the country.

Canada is a nation reeling.

“I believe we are at the very tip of the iceberg,” he said in a television interview.

There were 139 Indian residential schools operated across Canada and the country’s first prime minister, Sir John A. Macdonald, said the goal was to subvert the “savages” and turn them into copies of white European settlers. Those considered “savages” were the First Nations members, who originally populated the land, the Metis – of mixed Indigenous and European descent – and Inuit, inhabitants of the far north in Canada and historically known as Eskimos.

About 150,000 First Nations, Metis and Inuit children went through the schools, taken from their parents by force if necessary. At least 4,000 died and, as in the case of the unmarked graves discovered to date, many of the children just disappeared with their parents left wondering what happened to them.

The schools were run by the United, Anglican, Presbyterian and Catholic churches. The first three issued formal apologies for their roles in the schools. But while local Catholic authorities said they were sorry, Trudeau and First Nations leaders called for Pope Francis to officially apologize. It is estimated that about 60% of the schools were operated by the Catholic Church.

However, the discovery of the graves may have signaled a change. The Canadian Conference of Catholic Bishops said Tuesday that Canadian Indigenous leaders will meet with the Pope before year’s end, Dec. 17 and 20.

“Pope Francis is deeply committed to hearing directly from Indigenous Peoples, expressing his heartfelt closeness, addressing the impact of colonization and the role of the Church in the residential school system, in the hopes of responding to the suffering of Indigenous Peoples and the ongoing effects of intergenerational trauma,” the CCCB said in a statement, Tuesday.

But Bobby Cameron, Federation of Sovereign Indigenous Nations chief, said in a media release Wednesday that the Catholic Church should also follow through with its promise to provide C$25 million financial compensation to First Nations residential school survivors. So far, only $34,650 has been raised.