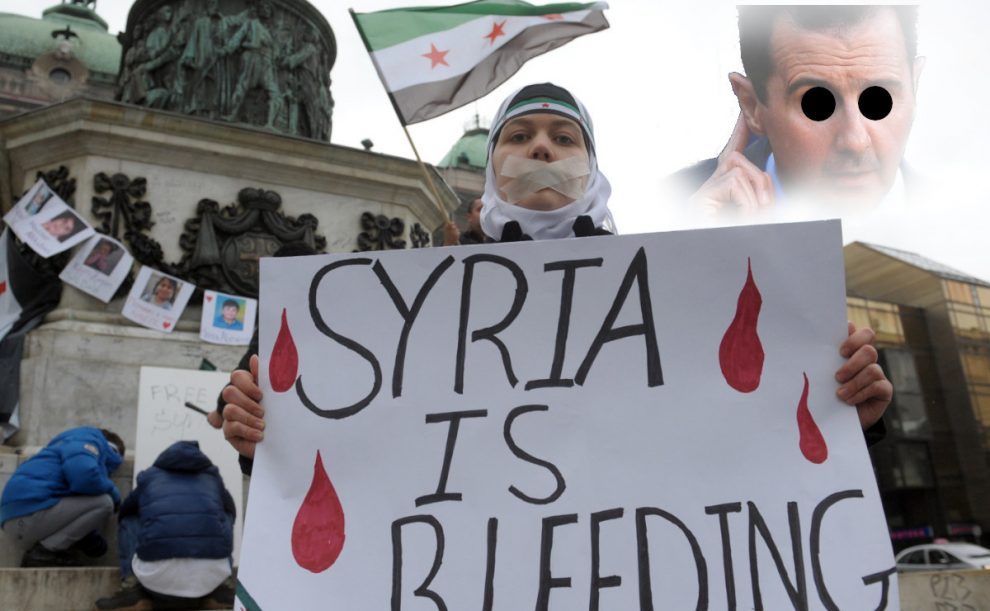 Turkey’s main opposition party, which defines itself as leftist and is a member of the Socialist International, organized a conference on the Syrian crisis recently. Officials from the Bashar Assad regime were also invited to the conference, but they could not attend. The final declaration of the conference, announced by the Republican People’s Party (CHP), recommended that the Justice and Development Party (AK Party) government immediately come to the table with Assad and start diplomatic talks. Turkey was accused of falling out with Assad in the text, which did not mention any of Bashar Assad’s crimes from barrel bombs to chemical attacks during the war that has killed 1 million people and displaced 12 million others.

It is impossible to see the political benefit of a reconciliation with Assad even when you leave aside the human aspect of the matter and look at it from a calm and rational perspective. This is because Assad no longer has the authority to make any decisions on his own country. What will meeting with Assad, who cannot say a word without the knowledge of Russia, contribute to the future of Syria? President Recep Tayyip Erdoğan, who has demonstrated his determination to be a supporter of a diplomatic solution through the Astana process, meets with Putin almost once a month for this very reason.

The humanitarian burden of Turkey’s reconciliation with Assad, as a country that has won hearts for eight years by hosting a total of 4 million refugees, will be greater than thought. Most importantly, making peace with Assad would mean the end of cooperation with the Free Syrian Army (FSA), which carried out two successful operations in coordination with the Turkish army and lost 1,500 troops in the process. Losing our own allies and supporters and getting closer to Assad makes no political, humanitarian or military sense.

In a country where the main opposition party is so eager to take care of a war criminal who has not issued a single apology for all his massacres, it is impossible not to worry about the state of refugees in our country. This is because the CHP continues its anti-refugee rhetoric at every opportunity and drives the people into hostility.

A famous Turkish thinker says “The left is the right and the right is the left in Turkey.” When I compare the “rightist” AK Party’s refugee-friendly and anti-Assad stance to the “leftist CHP,” I better understand what he means.