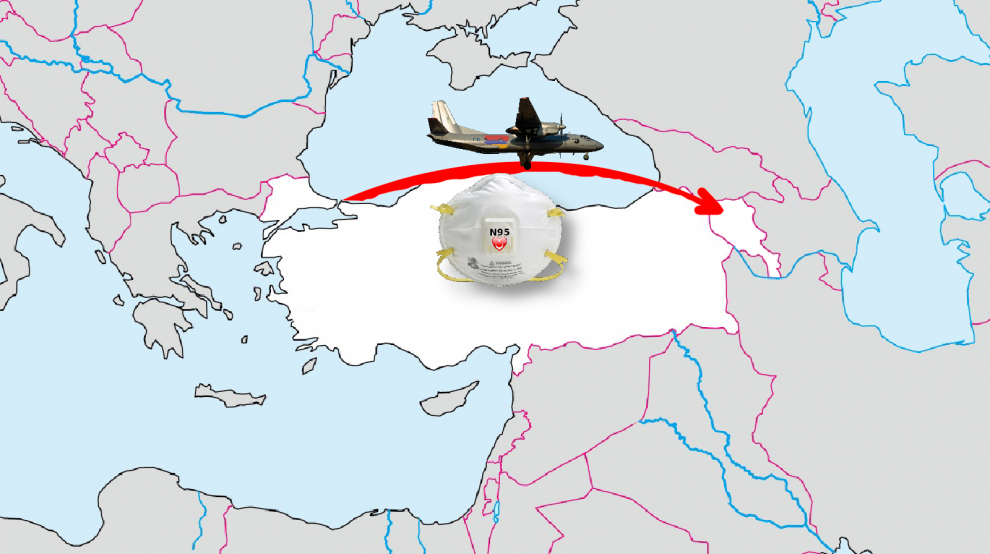 Turkish Presidential spokesperson Ibrahim Kalin confirmed on a national TV on Sunday that Armenia has asked for medical assistance from Turkey to fight Coronavirus. Armenian government subsequently refuted Kalin’s statement. However, Turkish media reported on Tuesday that an Armenian cargo plane landed in Istanbul amid denial of Yerevan.

The arrival of the cargo plane from Armenia has not officially been announced by the Turkish authorities but an internet portal focused on aviation matters confirmed its report to Straturka that a such plane landed in Istanbul’s Ataturk Airport. “We can not confirmed the details of the medical equipment loaded nor the departure time but the cargo plane certainly landed,” said Tolga Ozbek, editor in chief of the web portal.

The Armenian side insists that the limited interaction was solely about repatriating Armenian citizens living in Turkey. Turkey is home to more than 100 thousand Armenian citizens, mostly labor migrants, and some of them sought to return home after COVID-19 outbreak.

Although Turkey recognized Armenia in 1991, the two countries never established diplomatic relations largely due to Naghorno-Karabakh issue. Ankara and Yerevan attempted to restore the relations back in 2009 but failed to finalize the normalization protocol signed on October 10th 2009.

Experts say the current gesture of Turkish government would certainly help to revitalize any initiative in the future to restore relations between Turkey and Armenia.