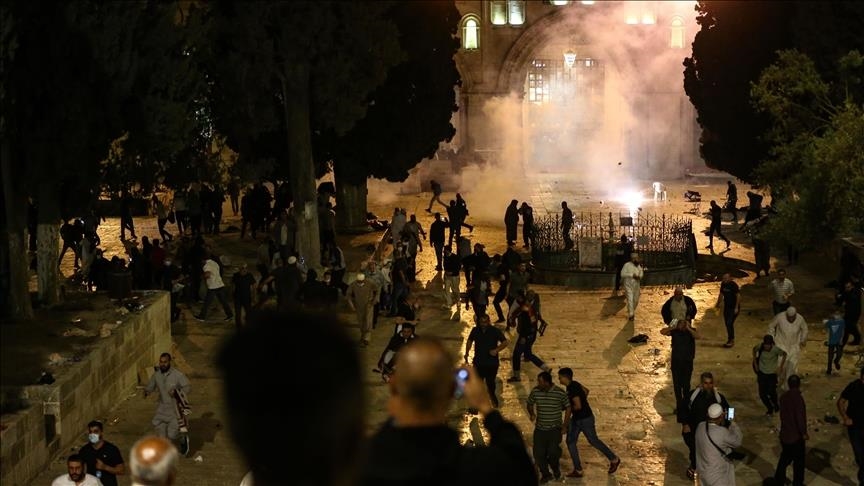 When the number of COVID-19 cases in Gaza began to rise again in mid-March, I was not particularly concerned.

The number of new cases was still small and, frankly, I was busy preparing for Ramadan.

It was early, yes, nearly a month early. But for the first time in a long time I was genuinely excited.

I had already started preparing my balcony to be a Ramadan tent, for the family to gather in the evenings, when we could eat and enjoy each other’s company.

Ramadan is a spiritual month, a time of fasting, prayer, celebration and family. In 2020, the coronavirus pandemic robbed us of a normal Ramadan.

This time, I was determined to enjoy it to the fullest.

In addition, my sister was returning to Gaza on holiday after 15 years in Sweden. That made me remember the Ramadans we used to enjoy at my father’s house in Jabaliya refugee camp where we grew up.

I remember these as the best of times, and, with my sister here, I wanted to recreate that.

Hours and days passed. The virus was spreading, and spreading fast.

On 10 April, two days before the start of Ramadan, the number of new cases topped 1,000. Ten people died that day.

I began to get concerned about my plans for the month, that seeing my sister would be irresponsible, that my hope of recapturing something of childhood might simply not happen.

I had done some decorating with string lights and colorful plastic flowers. The medium-sized round dining table boasted a traditional Ramadan lantern in the center.

It was for nothing.

On the first day of Ramadan, the authorities in Gaza began shutting everything down. Their hands were forced by nearly 1,300 new cases and eight deaths.

At first, movement restrictions were imposed. Then all shops were closed.

Finally, even the mosques closed all day, including for the taraweeh – Ramadan prayers. All public spaces, parks, restaurants and cafes were closed.

Just the lights in bakeries and pharmacies were still on.

Not only were my dreams of a perfect Ramadan over, things were about to get worse.

On the second day of Ramadan, my wife Sarah tested positive. Both our toddlers, Khalil and Seba, were experiencing symptoms.

Frankly, this was the worst time I experienced since I had this little family.

Sarah lost her sense of taste and smell. She was in great pain and could do nothing but sleep for hours on end.

Khalil and Seba both ran high fevers and cried incessantly.

We were contacted by officials from the ministry of health who simply told us to quarantine, and concluded that I was asymptomatic.

I was concerned about my family. I was disappointed, bored, worried, irritated and stressed.

My Ramadan was not the way I had imagined it.

Luckily, Sarah started to get better and so, slowly, did the kids. And gradually the realization dawned on me that things could still be worse.

I told him of our plight. He assured me that he would reserve a prime burial spot for my family.

Then he got serious.

His work, he said, was endless. He buries seven people a day, he told me.

Having been consumed with my own worries, I began to see what was happening around me.

I might have had my Ramadan ruined. Many others were enduring a Ramadan of grief.

At its worst, the current spike in Gaza saw nearly 2,000 daily confirmed cases. That was on 8 April, just before Ramadan.

By early May, the numbers were down, but at still over 500 per day, far too many for this impoverished, besieged, overpopulated and under-equipped strip of land that the world seems to have forgotten.

There have been more than 100,000 confirmed cases now and nearly 1,000 deaths in Gaza. Meanwhile, only around 36,000 people have been vaccinated out of a total population of more than 2 million.

Compare that with Israel, the occupying power that controls the entry of all goods and medicines into Gaza. More than half the population of Israel has been vaccinated.

At the height of the Ramadan spike in late April some 90 percent of ICU beds were occupied. Officials were desperate.

Ashraf al-Qedra, a ministry of health spokesperson told The Electronic Intifada he was deeply concerned. “Hospitals are almost at full capacity,” he said.

This in addition, of course, to the chronic shortages of medicine and supplies directly attributable to Israel’s closure of Gaza.

The spirit of Ramadan

“Those who understand the misfortune of others,” the proverb goes, “feel their own a little less.”

I remembered this proverb as I gazed down on people from my Ramadan balcony.

I saw Gaza City as a ghost town during the day. I saw people sneaking in and out at night.

I remembered the proverb when I spoke to Khalid Tafish, 24, a business studies graduate from Al-Quds Open University.

During Ramadan, Khalid, otherwise unemployed, sets up swings and slides for the kids in the neighborhood. It is a short-term business that helps him look after his family of six.

But it is of no use this Ramadan. People are afraid to send their children to playgrounds because of the virus.

“I patiently wait for Ramadan. Even if it is only one month a year, any money helps.”

Any money would help. The UN estimates that Gaza has one of the world’s highest unemployment rates, and suffers a poverty rate of more than 55 percent.

People in Gaza take the regulations to heart. I see them from my Ramadan balcony, always in their masks when they are out.

But poverty impairs the ability to protect yourself.

People have to work. People cannot afford to sterilize their surroundings.

And yet. It is Ramadan.

People still try to create some atmosphere. Windows are decorated with lights.

Families still gather – in much smaller groups – to break the fast.

They do so again at suhoor, the meal before the day’s fasting begins again.

It is nowhere near the normal Ramadan atmosphere. It is nothing like the Ramadans of my childhood, at my father’s house, with my sister.

But I see my own travails now for what they are. I am lucky.

Yes, I had to cancel my plans. I never did finish that Ramadan balcony.

My family contracted the virus. I probably did.

We have food, where others don’t.

We can look forward to another Ramadan, a better Ramadan. I am still lucky.