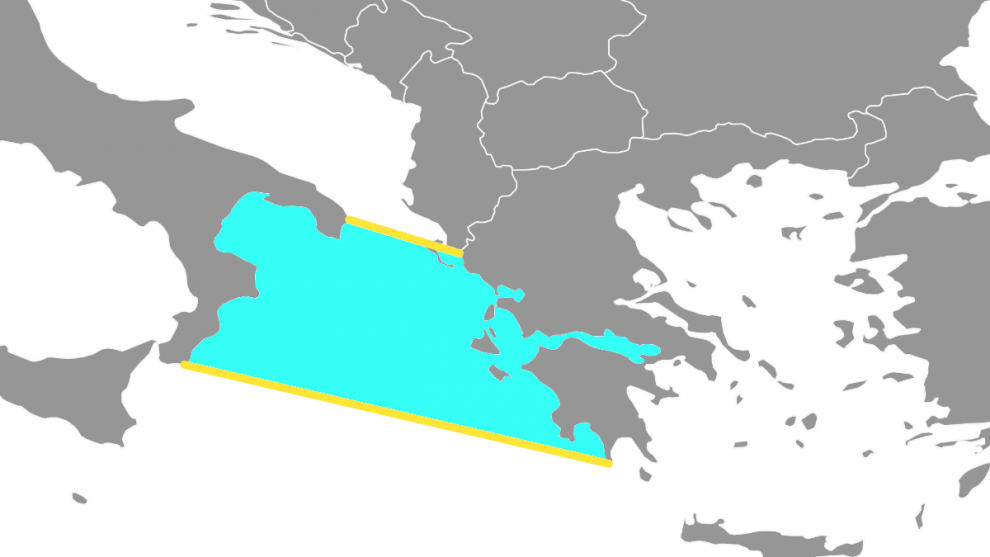 Greece signed a maritime delimitation deal with Italy on Wednesday which Athens and Greek media cheered as a huge blow to Turkey’s recent ambitions in the eastern Mediterranean. But former Greek Foreign Minister Nikos Kotzias lambasted the maritime deal for giving up sovereignty without getting nothing in return.

Greece and Italy have been in maritime dispute in Ionian Sea since 1977. Athens has been rejecting Rome’s territorial water claims mainly for not recognizing continental shelf right of the Greek islands. But Greece ended up accepting Italy’s 1977 terms in a desperate attempt to respond Turkish-Libya maritime deal signed back in December, 2019. Experts say Greece shot itself in the foot by signing the maritime agreement with Italy.

Greece has been claiming that its islets in the Aegean sea has continental shelf rights as opposed to United Nations Charter Law of the Sea ( UNCLOS). UNCLOS’s article 121/3 states that uninhabited islets and rocks are not entitled to exclusive economic zones and continental shelf right. In order for a piece of land surrounded by waters to be considered an island and have access to continental shelf right for that matter, UNCLOS says it has to have inhabitants and produce economic output. Greece has been trying to circumvent this international rule by pursuing settlement policy on certain Aegean islets but an arbitral tribunal has ruled this policy out previously in South China Sea.

So by signing an agreement with Italy, Greece accepted limited EEZ for its islands. “This undermines Greece’s position in the region.” said former Greek Foreign Minister Nikos Kotzias. What he meant was Athens giving up on its century-long argument against Turkey by signing the maritime deal with Turkey.

Experts say Greece would endanger its Mediterranean existence if it signs a similar deal with Egypt whom also rejects Greek claims of Rhodes-Crete EEZ line. Nonetheless, Athens just handed Turkey a strong position in a golden tray by Italian agreement.