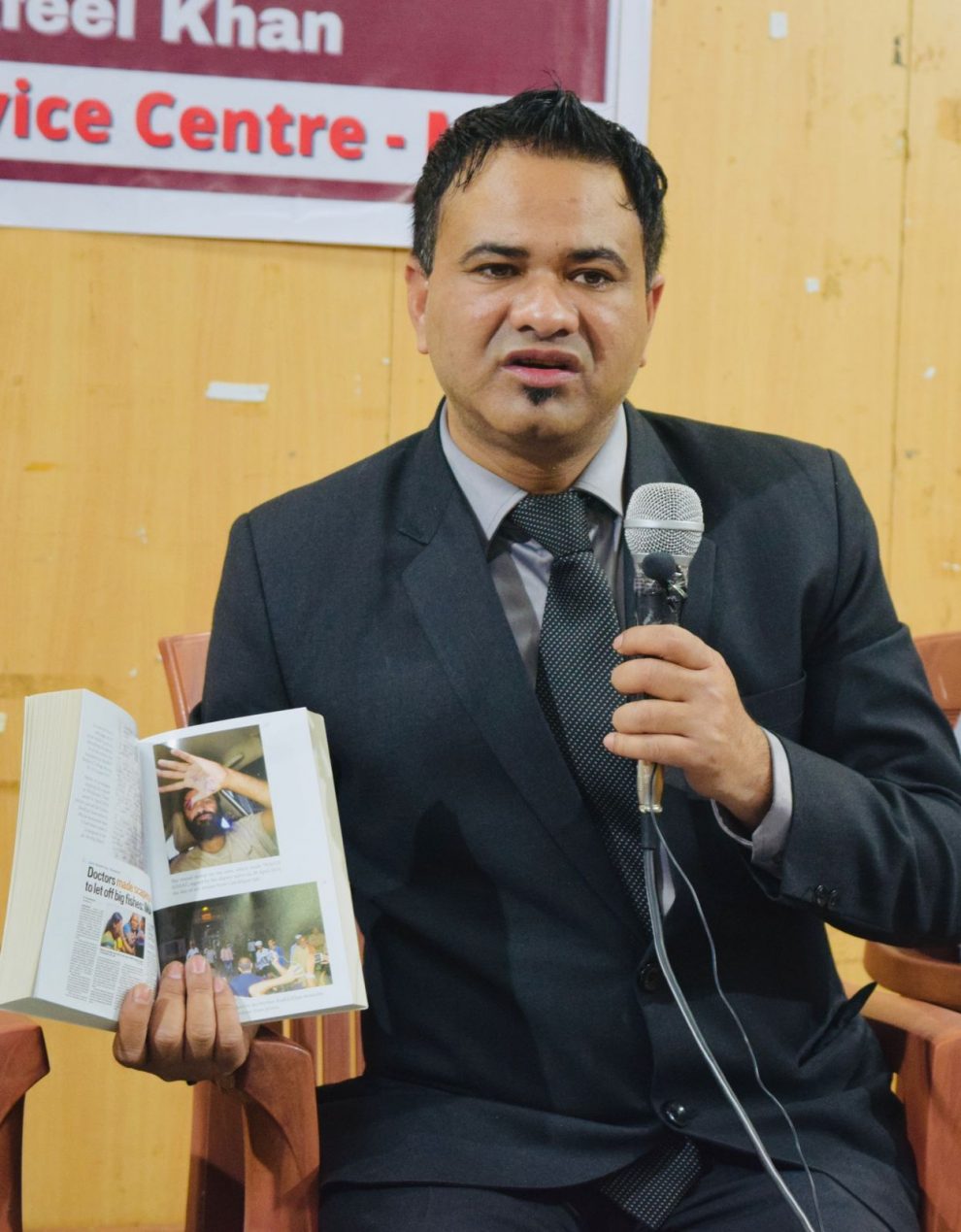 NEW DELHI, Feb 1 — A lot has been written about the devastation due to oxygen scarcity during India’s second COVID-19 wave in 2021.
It would have been less calamitous had lessons from an oxygen crisis in August 2017 at a government hospital in Uttar Pradesh state’s Gorakhpur city, 800 km from
New Delhi, been learnt.
More than 60 children and many adults died over a period of three days at the Baba Raghav Das (BRD) Medical College when its medical oxygen supply was
disrupted.
The tragedy made the little known city near India’s border with Nepal a focus of media attention.
Officials denied that the deaths were caused due to the oxygen shortage and blamed the large number of children’s deaths on an encephalitis outbreak.
The denial, however, did little to stifle the questions why the hospital ran out of oxygen in the first place and why it took so long to restore regular supplies.
The doctor who found himself in the spotlight during the whole affair has provided details of what happened in the book titled “The Gorakhpur Hospital Tragedy: A
Doctor’s Memoir of a Deadly Medical Crisis.”
A native of Gorakhpur, Dr Kafeel Khan was woken up by an urgent midnight mobile phone message from a colleague — “There is no oxygen supply in NICU”,
“Cylinders are out of stock” — and had his life transformed by a succession of events over the next few months.
NICU stands for the Neonatal Intensive Care Unit, which was one of the worst-hit sections of the hospital.
The doctor presents a poignant account of the crisis that can help the reader in exploring a wide range of issues, including the way healthcare is administered in
India’s smaller cities.
The 300-page book published by Pan Macmillan India is a gripping read, chronicling in smartly-arranged chapters how the events unfolded.
It tries to tell you what happens when medical negligence mixes with corruption, politics, social misery and unscrupulousness.
Initially hailed as a hero for going beyond the call of duty to save his patients, many from poor families, Kafeel was later accused of dereliction of duty and private
medical practice and had to spend months in jail.
Kafeel describes in agonising details how he had to share huge responsibilities and burden in a crisis beyond his level of being “the junior-most doctor in the
paediatrics department.”

There are vivid accounts of his running from pillar to post at night for oxygen cylinders when the piped supply from the central liquid oxygen tank ran out.
He writes how he coordinated, in the midst of chaos, with doctors and other staff to care for the patients as best as they could.
He contacted his superiors, government officials, local oxygen suppliers, other hospitals and even a border security force centre to help him in securing medical
oxygen.
One supplier unhappy with the hospital for granting a contract to another company flatly refused to extend help unless the college principal gave the business back
to him immediately.
“I called twenty-six people that night, including all the officials of BRD Medical College and the district magistrate of Gorakhpur,” Kafeel writes.
After the hospital attracted reporters, including from Delhi-based foreign news organisations, officials denied the deaths occurred due to oxygen shortage.
Kafeel writes that he and his team arranged about 500 cylinders during a period of 54 hours, starting on the night of August 10.
He is indignant at the system that, he says, made him a scapegoat and allowed the guilty to go unpunished.
“In reality, a single genuine investigation could have uncovered the facts, drawn out the truth, and helped punish the culprits. But no one had carried out a proper
investigation,” Kafeel writes.
Some of the grim narratives in the book come from Kafeel’s prison stay.
“The way our criminal justice system works can be exhausting. Having never experienced it first hand, I had only seen or heard about the excruciating process in the
movies or in newspapers. But the reality was as disappointing,” he writes.
Inmates tasked with preparing food had to make 10,000 rotis (Indian bread) daily using a coal furnace. “It was a stressful, laborious job, and sometimes they fainted
from exhaustion,” Kafeel says in the book.
The situations he describes is movie material.
“Without a permanent space to sit, keep my possessions and sleep, I had to carry my belongings with me at all times, lest someone else start using my toothpaste,
bucket, soap, towel, blanket or bed sheet,” he writes.
A night scene in a section crammed with 180 prisoners is described thus: “These people were snoring, chatting, coughing, scratching, sneezing, laughing, crying,
arguing, farting, going to the toilet and returning to their little spaces. Someone sleeping beside you might put his legs on your body, another person lying in the next
row might put his hands on your head.”
As he struggled to get bail and to clear his name in the case, his family suffered as well.
Not only Kafeel’s house was visited by police frequently, his wife’s clinic and elder brother’s business were also raided. His family has been forced to sell property in
distress.
In 2018, his younger brother Kashif was badly injured in a gun attack by unidentified assailants in Gorakhpur.
While Kafeel has endured a lot, he finds it particularly troubling that he is not able to do what he is trained to do as a doctor.
When the second wave of COVID-19 played havoc in India last year, his offer to do hospital duty was spurned.
Both medical and non-medical lessons can be learnt from Kafeel’s book.