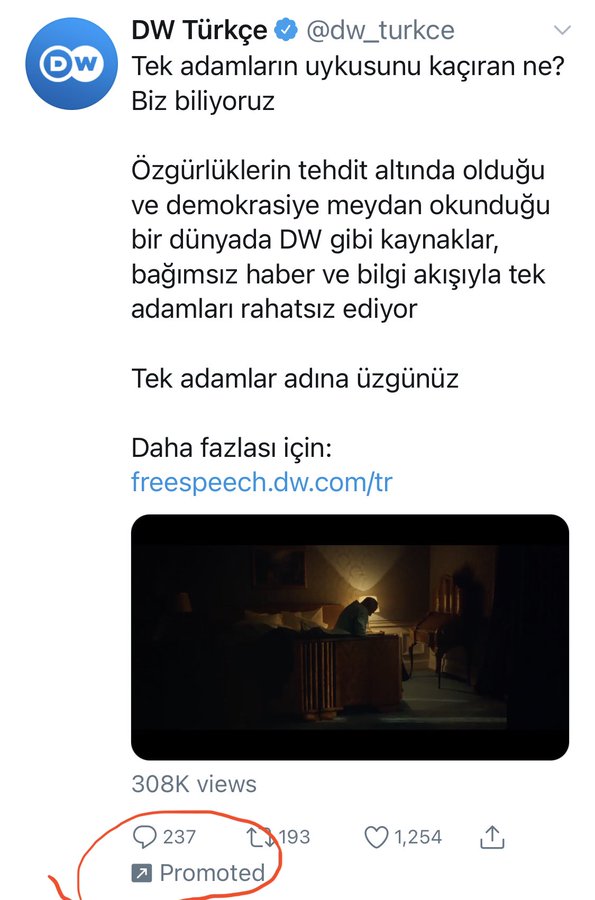 The Turkish version of Germany’s state-sponsored  Deutsche Welle insults Turkish President Recep Erdogan in one of its promoted tweets posted by @dw-turkce.  Alleging that Turkey’s political system is ‘one-man’ rule, it challenged the one-man and said they will continue to struggle with him. DW Türkçe has long been naming Erdogan as one-man.
DW Türkçe is reportedly chaired by a FETO member, based in Berlin. Almost all staff have marginal left worldview. Beginning as neutral, it then became a staunch anti-government outlet over time. When posts of DW Türkçe’s twitter account are examined, hardly unbiased news can be found.
Turkish journalists say DW hide behind media freedom and relentlessly attacks Turkish government. Journalist Selim Tekin said DW Türkçe is a project of Germany run by Turkish opposition. Political analyst Buğra Yılmaz added that DW Türkçe is the insider in Turkish politics to create turmoil in the country.  Meanwhile, some Turkish social media users called for denial of access to DW Türkçe.

Modi-fication of India: Portents of disaster for South Asia and beyond
The United Nations and the Neglected Conflict of Kashmir