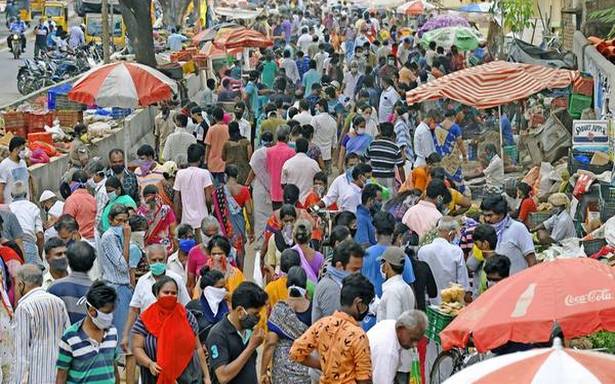 The ‘idea of India’ has turned out to be a cliché. Once a ‘bastion’ of secularism and democracy -flawed it may have been- India has been slowly descending into fascism. The country of 1.3 billion is now a case study in how democracies can devolve into majoritarian tyranny. In this overzealous mission of transforming a secular democratic nation into a Hindu dharmacracy, the nation’s political elites enjoy the complete surrender of the trifecta of politicized media, army and judiciary.

India’s collective conscience is dead. Gandhian philosophy has turned outlandish in his land. Nehruvian secularism has been relegated to the pages of the Constitution only. The judicial injustice is creeping in at steady locomotion, and vigilante justice is taking over. Democracy is gasping for air; it is used as a ladder to political power through electoral deception. At stake is the future wellbeing of India’s hapless minorities– nearly 20% of the population. The Modi government’s fascist mindlessness has placed entire South Asia at the risk of a deliberate or accidental nuclear war.

Globally, religious nationalism has been often weaponized to achieve fascist objectives, however short-lived. There are striking parallels among the Christofascists, the so-called ‘Islamic State’ (ISIS), and the Hindutva ideologies. Like the other religiously motivated fascists, Hindutva fascists have conflated their toxic ideology with Hinduism and appropriated its teachings to subjugate India’s religious and other minorities through tyrannical disenfranchisement policies.

All these ideologies believe in religious triumphalism and exclusivity. All three espouse seizing control by all and any means, including through violence. All three tendencies are expansionist and brutal. Nevertheless – history is witness – such ideologies tend to meet dreadful ends. Hindutva’s fascism is no exception.

India’s metamorphosis into a fascist state coincided with Narendra Modi’s rise to power in 2014. His second term began with a landslide electoral victory in 2019. Since then, his government has been galloping to impose the violent Hindutva ideology– an alt-right, chauvinistic Hindu religious nationalism that had remained submerged for decades. Modi – a self-described foot soldier of Hindutva – has artfully used electoral democracy as a masquerade while promoting a fascist agenda against India’s minorities, specifically Muslims.

The fascist policies are practiced by the BJP’s political and policy elites across India, and perpetrated by its street vigilantes, only now unwittingly sanctioned by India’s electorate. Jai Shri Ram (‘Glory be to Lord Rama’) — a familiar Hindu religious chant exalting the Hindu deity, Rama, has been weaponized and is frequently invoked as a dog- whistle to persuade Hindutva terrorists to attack the minorities, particularly Muslims.

Rarely are the perpetrators arrested, or the victims handed justice. Several Indian researchers and others have documented that Muslim communities have become the victims of ‘unimaginable acts of cruelty and violence’ in Hindu nationalists’ hands.

This daily drama of death and destruction is at its fullest display in the Indian controlled Kashmir, where India’s settler-colonial project has taken an ominous turn. Genocide Watch has noted that there are imminent signs of genocide in the occupied territory. The Indian masses continue to be duped into believing, both by their politicians and their warmongering and uncouth TV anchors, that Kashmir will gladly accept India if only Pakistan stopped meddling in the territory. Sitting atop their mighty political pedestals, or watching TV in their bedroom, doesn’t give India’s leaders or its general masses a saner perspective on Kashmir; it gives them a shoddier one. Not having to live the daily misery of occupation robs the Indian masses of objective views of a Kashmiri’s lived reality.

They are fed a self-serving version of history tainted by Hindu nationalist politics. Unencumbered by the truth, the masses unwittingly enable an arbitrary and capricious government to perpetuate mindless ruthlessness on a hapless and besieged population in the Kashmir.

Modi has a long history of anti- Muslim agenda. Accusing him of complicity in the Gujrat pogrom, where thousands of Muslims were killed by the Hindu mobs, the US Department of State denied Narendra Modi’s visa for entry into the USA for being ‘responsible for or directly [carrying] out… particularly severe violations of religious freedom.’ That was before he became the Prime Minister of India in 2014. Modi has since successfully commercialized his governments’ foreign policy.

The original Hindi version of his 2008 book, Joytipunj (‘Beams of light’), showcases the hatred that informs PM Modi’s mind. Modi lists 16 men of the past, who, he claims, profoundly inspired him. Among them, Modi reserves the greatest admiration for Madhav Golwalker (famously known as ‘the Guru of Hate’), whom he describes as a “Guru Worthy of Worship.” Equally influential on Modi has been Vinayak Savarkar. Savarkar’s disdain for India’s religious minorities is summed up in his own words in his book ‘We, or Our Nationhood (1939)’: “The non-Hindu peoples of Hindustan must either adopt the Hindu culture and language, must learn to respect and hold in reverence Hindu religion, must entertain no idea but the glorification of the Hindu race and culture… [In] a word they must cease to be foreigners or may stay in the country wholly subordinated to the Hindu nation, claiming nothing, deserving no privileges, far less any preferential treatment—not even citizen’s rights.”

Golwalkar and Savarkar drew inspiration from Italian fascist ultra-nationalists – Mussolini and Mazzini. For all four, the combined forces of masculinity, race, culture, and nationalism were the tools to be used against ‘others.’ Golwalkar and Savarkar also admired German fascist Hitler for his treatment of Jews and conceived his model as apt for Hindu treatment of Muslims and other minorities in India.

Since the beginning, the Hindutva forces have emphasized Hindu assertiveness globally. For example, the Mission Statement of Coalition of Hindu Youth is to ensure that the Hindu dharma [religion] “continues to flourish not only in North America but throughout this creation.” One of the most important objectives of the Hindutva forces in the West has been to cultivate a strong Hindu American lobby that can partake in domestic politics and foreign policymaking. It is no surprise that they see Donald Trump as “a true friend in the white house.”

Several researchers have warned that organizations like the Vishwa Hindu Parishad America appropriate the space of ‘cultural diversity’ for their exclusionary agendas. The irony of this rabid activism is noteworthy in that these ultranationalists clamour for space on the progressive platforms invoking the West’s cultural diversity, pluralism, and tolerance. At the same time, they violently deny the same to their minorities in India.

Some of the Hindutva forces in the West seek legitimization by camouflaging as non-political charity organizations ostensibly promoting civic and educational activities in India. They entrap some of their secular or otherwise unsuspecting supporters and donors through social and cultural booby traps. The donations are then channelled to India for anti-minority activities.

Recent testimony by a scholar of South Asia has documented some of Hindutva forces’ repressive strategies. They have used verbal intimidation, physical torture, ransacking and looting of businesses and residential properties, molestation and gangrape of women, mob lynching and burning of dead bodies, burning, and destroying minorities’ places of worship, and educational institutions, etc. These ubiquitous anti-minority programs and activities are patronized and institutionalized by the national government and the local BJP governments at the state level.

Here is why this India’s Modi-fication portends disaster for the Indian subcontinent and beyond: Modi’s party is hell-bent on staying in power to actualize the Hindutva fascist agenda of converting India into a Hindu nation (Hindu dharmic nation). However, the going has been getting more challenging for the fascist regime. Anti-government protests, only punctuated by the Covid-19 epidemic, have rocked the nation in recent months. A New York Times piece recently noted that “economic devastation… across the country is imperilling many of India’s aspirations… [and] a sense of malaise is creeping over the nation.”

Add to this a host of other internal and external challenges facing India: BJP has raised the bar and set up domestic and international expectations far beyond India’s reach. The 200 million-strong Muslim population is disenfranchised and angry. Kashmir is a tinderbox about to explode. India’s neighbours- Pakistan and China – are suspicious and ready to fight. Bangladesh and Sri Lanka are wary of India’s big brotherly behaviour. Afghan policy is gone asunder. Modi’s India feels encircled in a hostile neighbourhood.

Since China’s march into the Indian territory in Ladakh’s high mountains during the summer of this year, Modi and his party are caught in a Catch-22 situation. As is becoming increasingly clear, India will not pick a fatal fight with China for the well-known reason of a significant differential in their respective military strength. Only a daring, if calculated, false flag attack on Pakistan will ensure that India’s masses are yet again conned into the nationalist frenzy to garner continuing support for the Modi government. Worst yet is the possibility of another post-Pulwama -style conflagration. India will have no choice but to attack Pakistan.

The latter’s choices are limited in the event of an Indian attack, mainly because she is significantly disadvantaged against India in the conventional military sense. Pakistan will have the Hobson’s choice of surrender or fighting back. As India continues its current hegemonic and jingoistic trajectory, so will Pakistan’s defensive nuclear doctrine of minimum credible deterrence evolve in calibration with its threat perception.

Pakistan will have to defend its territory and honor, including by the dreaded nuclear means. Thanks to India’s shoddy attempts at rewriting history in Jammu, Kashmir, and Ladakh, the entire territory has become geostrategically crucial to China as never before. While the Indians have hinted that they are preparing for a nightmare of a two-front war, the Global Times – an organ of the Chines Communist Party – has obliquely indicated that “China has sufficient capability and leverage to deal with India on its own.” In the words of India’s army chief, the situation with China “could gradually emerge into conflict,”

While the possibility of a nuclear conflagration with Pakistan is very high with its attendant unfathomable risks, this war of mutually assured destruction is not inevitable. The benefits of peaceful settlement of issues, especially the dispute over Kashmir, are equally profound.

With Modi and his fascist regime in power, the chances of peace in South Asia are incredibly remote. The needle on the nuclear clock in the subcontinent has moved up a scary notch. It’s is not a matter of ‘if ‘but ‘when.’ This has implications for the future of the millions in South Asia and beyond.

Finding a peaceful solution to the Kashmir dispute– not the mindless enforcement of a fascist Hindutva nationalism– is the only antidote to this doomsday scenario.

*Tariq Ahmed is a freelance writer