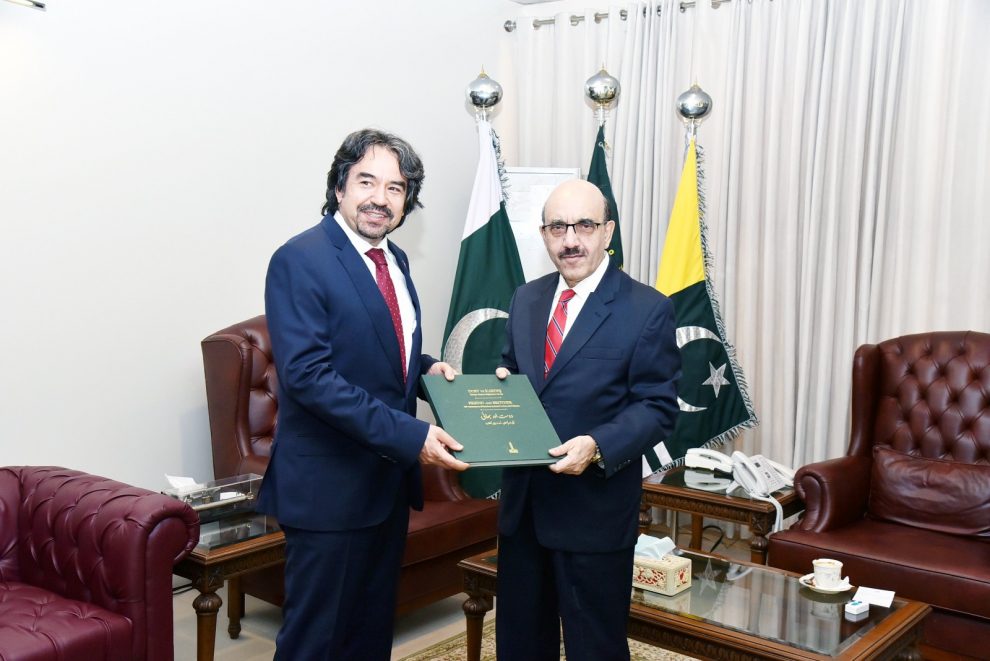 Sardar Masood Khan, president of Azad Kashmir, said: “The boldness which the President Erdogan demonstrated first in his address to the parliament of Pakistan and later to the UN General Assembly condemning unlawful actions taken by India in occupied Jammu and Kashmir last year, and the forthright support he had declared to the liberation struggle of Kashmiri people, has no precedence.”

Turkey, under Erdogan, has expressed full support to Pakistan on the issue of Kashmir which awaits its final political solution through plebiscite.

Khan’s comments came in the backdrop of India annexing Jammu and Kashmir on August 05, 2019.

The move was condemned by Kashmiris, Pakistan and its allies.

“Turkey has always helped Pakistan and the Kashmiri people in every difficult hour,” said the Azad Kashmir president on Friday referring to 2005 earthquake which hit the divided Kashmir and killed over 70,000 people.

Turkey was the first country to the devastated parts of Azad Kashmir to rescue and help the affected. Again, when flash floods hit Pakistan, Turkey sent loads of relief to the deluged people.

People in Azad Kashmir, and in Pakistan, fly Turkish flag alongside their own flags as a mark of respect and love for the country.

One area in Azad Kashmir capital Muzaffarabad has been central named as ‘Turkish Chowk’.

President Khan lauded Turkey for adopting a “principled stand” on the Kashmir issue and the right to self-determination of the Kashmiri people.

“Turkey has emerged as a center of hope for the Muslim world, and President Erdogan has risen as a symbol of the renaissance of Islam,” said Khan.

There are nearly 20 resolutions and proposals at the United Nations which seek final solution of the Kashmir dispute through plebiscite.

In latest escalation, at least ten civilians and 5 soldiers, one from Pakistan, were killed on Friday in intense clashes along the dividing Line of Control (LoC) when Indian and Pakistani armies opened fire on each other.

“There is no end to hostilities on LoC. Civilians on both ends are direct victims, one fails to understand why @icrc fails to address such hostile armed conflict. Today mortar tomorrow nukes over long-pending dispute of Kashmir,” the LFOVK said in a twitter statement calling on International Committee of the Red Cross to address the situation in the disputed region.

There is no end to hostilities on LOC. Civilians on both ends are direct victims, one fails to understand why @icrc fails to address such hostile armed conflict. Today mortar tomorrow nukes over long-pending dispute of #Kashmir.@PMaurerICRC pic.twitter.com/v5qE11tsgp