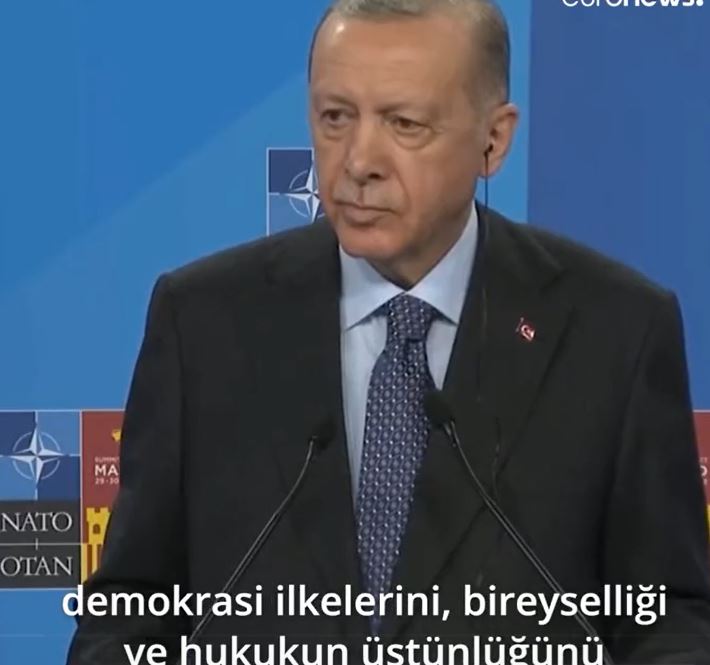 A correspondent representing Freedom House and Amnesty International asked Erdogan whether Türkiye suits NATO despite jailing so many journalists and lawyers.

Erdogan responded that “The PKK has been kidnapping Kurdish children via its political asset HDP for years but Freedom House never condemned the terrorist organization”. He also questioned why Freedom House ignored moms asking their children from the PKK in Diyarbakır.  Erdogan also reminded that none of those jailed have been punished for doing their profession.

Türkiye jailed FETO and PKK affiliated journalists, lawyers and some other people with various professions due to their support to terrorism. For instance some journalists were caught while transporting bombs. Some others were jailed as they were gathering intelligence for the terrorist organization. On the other hand, FETO affiliated lawyers actively involved in the failed coup in 2016.

Freedom House is funded mainly by  the US government and allegedly serving US interests. It is accused of publishing biased reports.