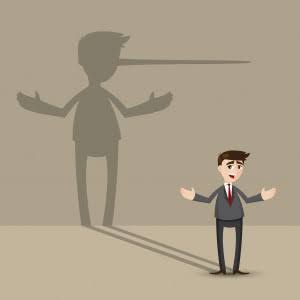 46 mostly US-based prominent media outlets published more than 90 opinion pieces from 19 fake experts bashing Turkey and Qatar while promoting political interests of United Arab Emirates in the region. The scandal tarnished the credibility of American media beyond repair and it is merely the tip of the iceberg, experts whose existence have been confirmed by Straturka warned.

The US-based news website Daily Beast revealed on Tuesday that mainly conservative sites including Washington Examiner and Israeli Jerusalem Post have published 90 pieces from at least 19 fake personas posed as expert from Middle East. Articles pushed The UAE propaganda while attacking Turkey, Qatar, Iran and other countries that have recently allied with those in the Middle East and Libya.

After the scandal broke out, the Washington Examiner removed an article from a fake persona called Raphael Badani who portrayed himself as “geopolitical risk consultant and interactive simulation designer” and an “international relations senior analyst” for the Department of Labor.

Ekim Alptekin a Dutch-Turkish businessman whom closely follow developments in Washing said the exposed scandal is only the tip of the iceberg indicating that the US media could have spared space for a lot more fake non-existent personas. Real experts also warn that fake personas are more dangerous than fake news as they are given credibility through prominent platforms. Marc Owen Jones, an assistant professor at Hamad Bin Khalifa University in Qatar who first noticed suspicious posts by members of the network, told The Daily Beast. “It’s not just fake news we need to be wary of, but fake journalists.”

An Istanbul-based journalist Ibrahim Karatas reminded that the US media has published Russian fake personas in the past. “The current scandal damaged the image of already tarnished US media beyond repair,” he said.

On Monday, Twitter suspended Badani’s account along with 15 others after The Daily Beast shared the results of its investigation into the network for violating the company’s “policies on platform manipulation and spam.” However, this only made the US-based social media giant an accomplice in one of the largest scandals of the history. Experts say Twitter provided those fake personas a much larger audience to expose their UAE propaganda. Twitter has been criticized for not doing enough to put an end to spread of fake news. The company has recently show down several bot accounts but apparently missed out on much larger fish.