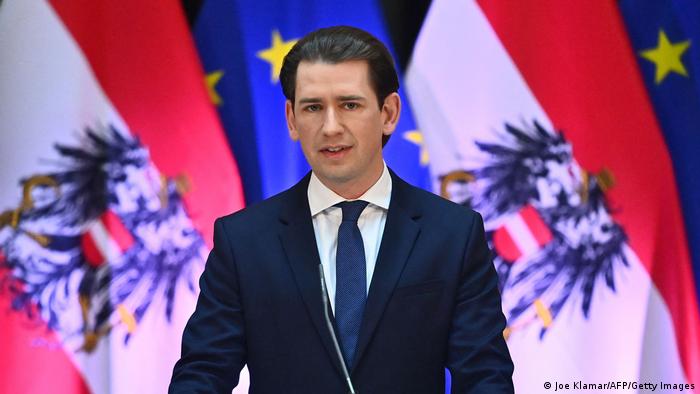 Austrian Chancellor Sebastian Kurz stepped down Saturday in the wake of corruption allegations.

“My country is more important to me than my person. What is needed now is stable conditions. I want to make room to prevent chaos and ensure stability,” Kurz said in a live television news statement at the Chancellery in Vienna.

It would be “irresponsible to slide into months of chaos,” said Kurz, whose duties will be handed to Foreign Minister Alexander Schallenberg.

The public prosecutor’s office is investigating Kurz and close members of his team on suspicions of corruption and breach of trust. The process had sparked a government crisis.

Denying the accusations, Kurz vowed to prove them wrong. “These (accusations) are from 2016. They’re wrong. And I’ll clarify that, too,” he said.

The corruption investigations triggered a government crisis in the middle of the week. As a coalition partner, the Greens deemed the chancellor unfit for office.

On Tuesday, Kurz will face a motion of no-confidence in a special session of parliament and is expected to be voted out of office.

Kogler told reporters that he would meet Schallenberg on Sunday to discuss how the coalition would continue to govern following Kurz’s resignation.

Kurz said he would suggest Schallenberg as the new chancellor, while he would stay on as the People’s Party (OVP) leader and a lawmaker in parliament.

The main opposition party criticized the recent decision by Kurz to stay on as OVP chairman.

The leader of the Social Democrats, Pamela Rendi-Wagner, said Kurz would continue to pull the strings “from the shadows.”

Wagner said OVP sacrificed Kurz to stay in power, adding that the center-right party has used the same tactic for 35 years.