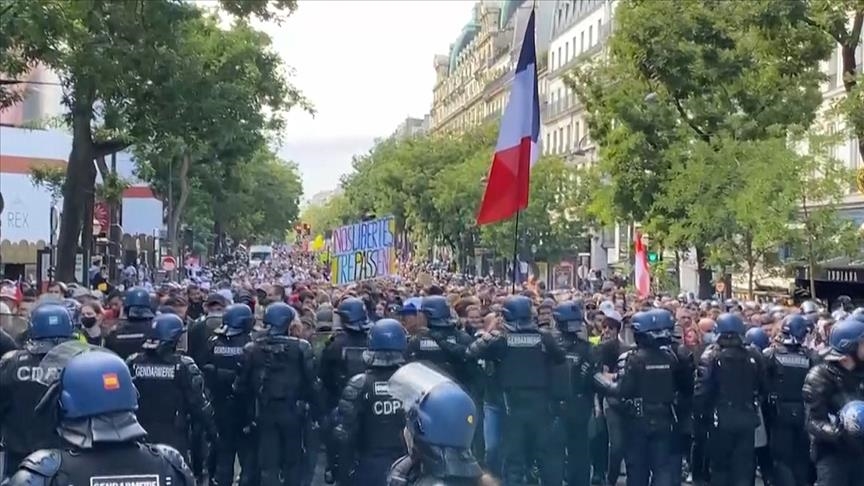 A Brussels-based human rights watchdog warned on Monday EU institutions and member states on the attacks against Muslims and the spread of far-right ideas in France.

The European Network Against Racism (ENAR) denounced in a statement “the escalation of attacks against Muslims and civil society organizations who work against racism and anti-Muslim hatred in France.”

“The country is showing marks of a growing far-right within its institutions,” the watchdog said.

According to the organization, Europe should be concerned by the French government’s “increasingly divisive discourse and strategies” that are based on far-right ideology and target Muslims and civil society organizations.

ENAR finds it alarming that “under the guise of national security, civil society organizations have been dissolved, mosques have been raided, and schools and Muslim-owned businesses closed” contrary to the principles of the rule of law.

The watchdog also noted that fundamental rights “of racialized people in France, and Muslims in particular” are severely endangered in France.

They asserted that the freedom of expression and association is particularly threatened, citing a recent report from the French Observatory of Associative Freedom that documented 20 abusive sanctions against NGOs without legal or factual bases over the past five years.

ENAR stressed these actions have a “chilling effect” on Muslim communities and civil society because they are “considered guilty until proven innocent.”

The statement underlined that French mainstream media has also joined the trend of attacking NGOs and “demonizing Muslims.”