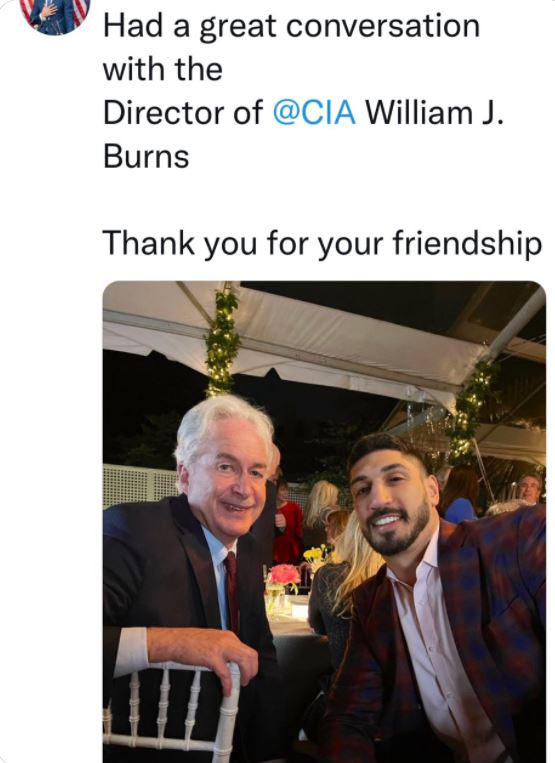 The meeting infuriated Turkish people, who already think the US administration was behind FETO’s failed coup of 2016. Straturka had previously learnt that a faction in CIA involved in the coup. Some CIA agents were also recruited as English teachers by FETO’s overseas schools.

Enes Kanter is used  by FETO to propagate the group’s PR via his fame. Kanter regularly meets US politicians to affect their decisions. He had also met Florida governor Ron DeSantis a few weeks ago.  Kanter calls FETO leader as his father and once did not hesitate to drink leftover of Gulen’s tea. Some other FETO members had smelled Gulen’s underwears and took them as a gift.

FETO runs hundreds of charter schools in the US and was caught evading taxes many times. The group had attempted a military coup in July 15, 2o16 but was repelled by Turkish people. FETO leader Fetullah Gulen introduces himself as Jesus Christ.

Turkish government has warned western states many times that the terrorist organization has a very dangerous and selfish-agenda.