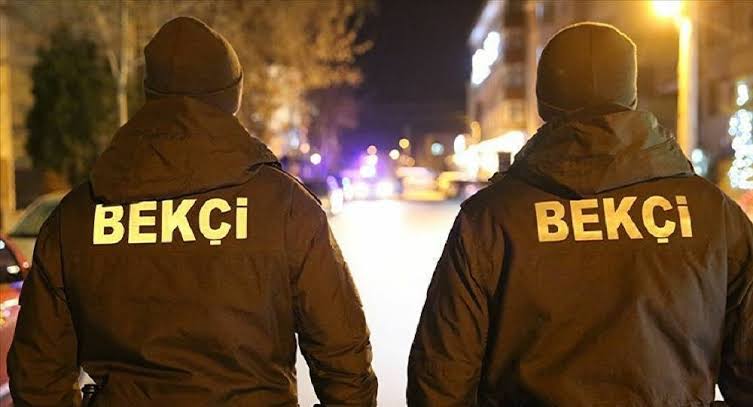 Turkey’s Parliament on Thursday approved a bill that granted proper powers to neighborhood watchmen, Turkey’s newly launched law enforcement officers, which was labelled by the western media as Turkish president Erdogan’s attempt to create a loyal force for himself.  In reality, the new force was granted right to carry a pistol and ask for identification which would only provide auxiliary work to police to curb crimes in densely populated cities.

According to government data, the guards prevented 4, 222 thefts, arrested 69,665 suspects and recovered thousands of weapons between September 1, 2018 and February 9, 2020. They also recovered 4, 817 people who had gone missing and handed judgements against 129,658 people in the same period. And the neighborhood watchmen or Bekcis as they known in Turkish put their lives under risk while fighting crimes.

The bill allows more than 21,000 neighbourhood guards, which now also include women, to use firearms, stop vehicles, carry out ID checks and conduct body searches.

According to security experts, as Turkey have been fighting in multiple fronts with terror, domestic crimes and refugee-related several security issues, police force have been overwhelmed and in much need of this auxiliary work.

Without having proper powers, Bekcis would nearly be useless as private security guards which have been widely used by government institutions as well as private firms. Far-left terror group MLKP-C members managed to enter the main courthouse in Istanbul in 2015 and murder a prosecutor. Building had been mainly protected by security guards which were poorly trained and equipped.  Bekcis now would be trained by senior police officers and after being properly equipped, they would certainly be aversive force in especially densely populated cities where crime rates are higher.

There have also been a lot of criticism about this new police-like force by the government on the western media  as well as the opposition in Turkey which all claim that it would be a loyal force of president Erdogan. A security expert Mete Canan in Ankara says claim of a loyal force with authority to carry a pistol is just absurd.

More realistic criticism, however, comes from a financial point of view. Critics say the Turkish government has basically created a shadow police force with much lower salary. Neighborhood watchmen will take over the hard work off the shoulders of police with less cost, a critic said.