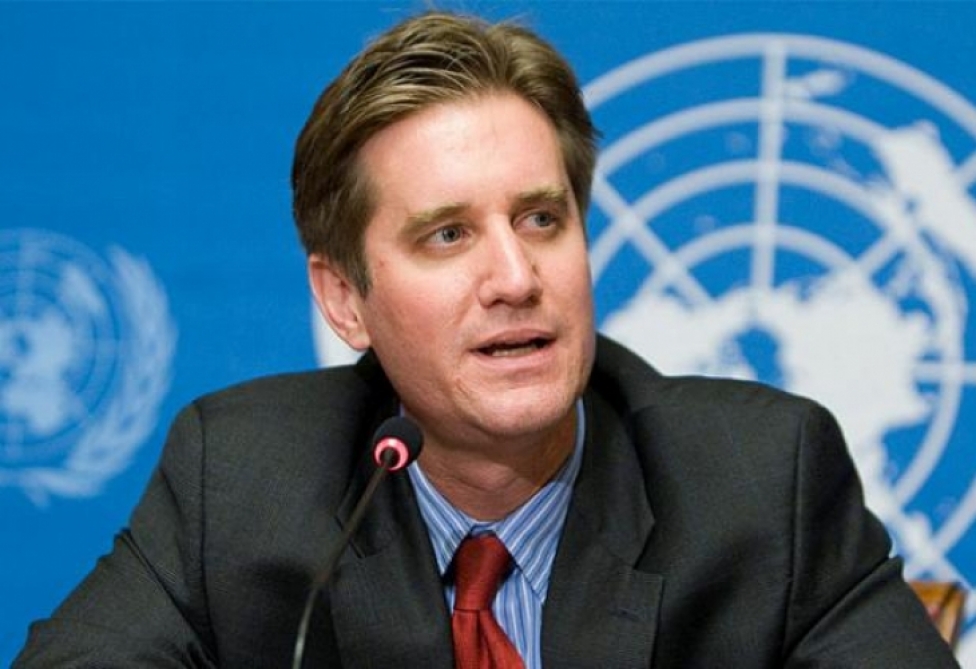 Matthew Bryza, Former US envoy to Azerbaijani capital, said terrorist group PKK and PYD are inseparable as Washington’s support for the Syria-based group has been revived by Biden administration.

Former envoy Bryza has made some striking comments about Syria-based group PYD which could have resonation in Washington about reviving support to the group despite NATO-ally Turkey’s national security concerns. Bryza said the terror group PKK and PYD are the same something Ankara has relentlessly been trying to explain the US government despite adamant stance of previous Obama administration and seemingly Biden team as well.

Former president Donald Trump has somewhat responded to Turkey’s concerns by cutting off the support for PYD but Biden administration has restarted supplying PYD and  restarted building up presence in territories under YPG control. Joe Biden has also re-appointed Brett McGurk who is considered the orchestrator behind PYD’s legitimation attempt to National Security Council.

Hudson Institute Fellow Doran also pointed out during the webinar that the world is not the same as it was during Obama administration and the bilateral relations would not return to the lows of Obama era. The Heritage Foundation’s Coffey stressed that both Ankara and Washington should focus on comment interests which there have been a lot such as Ukraine, expansion of NATO and energy security.

Russia has been extremely aggressive towards Ukraine and Georgia after both countries have adapted pro-western policies in the last decade. Russia attacked Georgia in 2008 and eventually recognized two self-proclaimed republics of South Ossetia and Abkhazia. Moscow has also supported pro-Russia armed forces in the aftermath of 2014 revolution and eastern Ukrainian region of Donbass has been under occupation since. Russia has also invaded Crimea and announced annexation. Ankara has clearly defined its position on Ukrainian territorial integrity while Europe has been carrying out business with Moscow. Turkey has good relations and cooperations in several fields both with Georgia and Ukraine.

Macron Eyes to Thaw Relations with Turkey After Opposing on Several Fronts
Turkey, China Only Growing Economies Among G20 in 4th Quarter of 2020