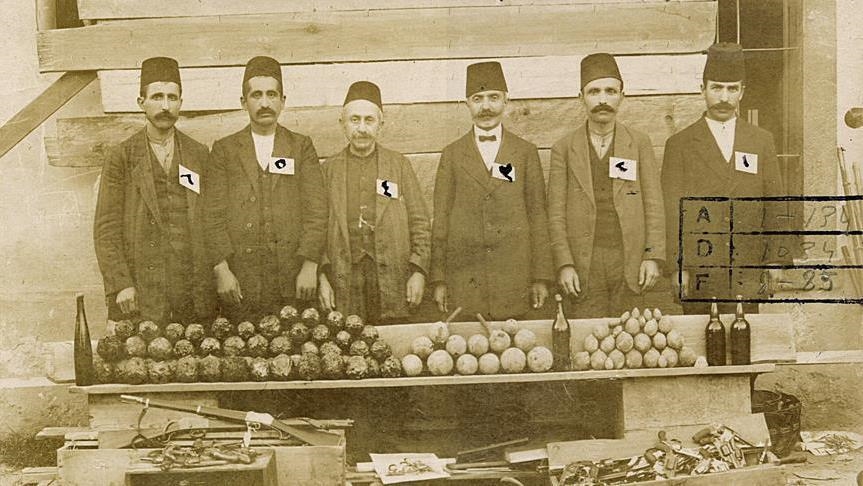 French historian Maxime Guan rejected the classification of 1915 events as “genocide” against Armenians and argued there were no systematic massacres.

In an interview with the New York-based Turkish-American Security Foundation, the French historian noted that displacements that occurred were based on “national security” reasons and that 350,000 Ottoman Armenians were exempted from deportations.

Guan began research on the events of 1915 in 2006-2007 in partial fulfillment of his Ph.D. program that was recently turned into a book, Relations between France and the Armenian Revolutionary Committees in the period from 1918 to 1923.

Guan said that among strong indications that no systematic genocide occurred were clear orders issued by the Ottoman government to protect Armenian citizens and punish those accused of being involved in events that occurred between 1915 and 1917.

“It is unacceptable to talk about the Armenian victims and ignore the Muslim victims,” he said.

He pointed to “false information” contained in the book, The Treatment of Armenians in the Ottoman Empire, known in Turkey as The Blue Book by Arnold Toynbee on which the French parliament report was based.

In reference to French President Emmanuel Macron’s participation in a banquet hosted by Ara Toranian, former leader of the Armenian Secret Army for the Liberation of Armenia (ASALA) terror group, Guan charged the French government from suffering from “amnesia” noting that in the 1980s French police carried out successful operations against the terror organization.

“About what Macron did, I prefer to say that this is a tragic amnesia at the top of the country’s administration. This situation is not related to the Armenian issue only,” said Guan.

The French historian cited several failed attempts that sought to submit bills to the French parliament that called for criminalization for denying Armenian allegations regarding the events of 1915.

Armenia and the Armenian lobbies around the world demand that Turkey recognize what happened during the deportations in 1915 as “genocide” for which they seek compensation.

The 1915 events took place during World War I when a portion of the Armenian population living in the Ottoman Empire sided with the invading Russians and revolted against the empire.

The Ottoman Empire relocated Armenians in eastern Anatolia following revolts and there were Armenian casualties during the process.

Turkey objects to the presentation of the incidents as “genocide” but describes the events as a tragedy in which both sides suffered casualties.

According to the 1948 Convention, adopted by the United Nations General Assembly regarding the prevention and punishment of the crime of genocide, the term “genocide” means the complete or partial destruction of a national, ethnic, racial, or religious group.

Ankara has repeatedly proposed the creation of a joint commission of historians from Turkey and Armenia, plus international experts, to examine the issue.