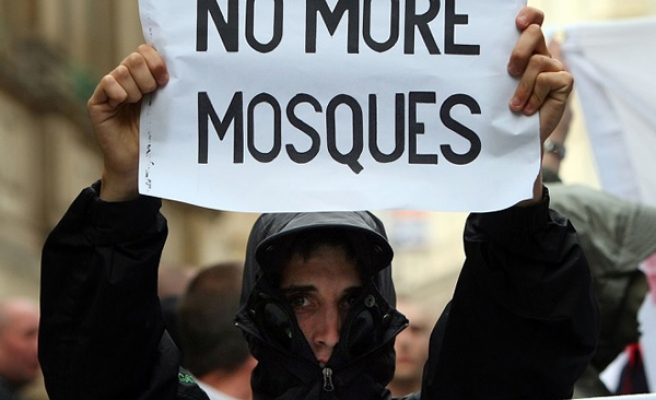 Two Muslim women have repeatedly been stabbed on Sunday under the Eiffel Tower in Paris by two white females reportedly shouting “dirty Arabs.” The tragic incident was the latest saga of rising Islamophobia in France. The situation has reportedly gotten so badly, several French Muslims now consider settling in Turkey where they believe to live in peace and prosperity, experts claim.

French government has recently shot down some of the most prominent Muslim NGOs which have been known for carrying out purely humanitarian activities for decades. One of those NGO is Collective Against Islamophobia or CCIF which has been fighting racism and  discrimination targeting Muslims in France. The decision has been criticized even by the most liberal Muslim circles.

French government has also shot down 73 mosques, private schools and businesses bonging to Muslims since the beginning of the year. Experts say reason lies behind embattled president Emmanuel Macron’s harsh stance on Islam is his plummeting approval ratings. “Macron became new Le Pen,” said journalist Fatih Karakaya whom lived in France for decades but moved to Turkey recently. He runs a news website which focuses on discrimination and Islamophobia in France. He says a lot of Muslims in France consider moving to Turkey to dodge state-sponsored Islamophobia in France. “Turkey is a country where they could practice their religion and live in peace,” Karakaya reiterated.

Experts warn that an exodus of Muslims from France could deal a huge blow to French diversity as well as cultural and economic climate in the long term. But it seems Emmanuel Macron chooses his short term political career over long term French interests.

What is happening in France is a bigotry against Muslims!
Ultra-Nationalist Iyi Party Deputy Reveals his Party’s Gulen and PKK Connections