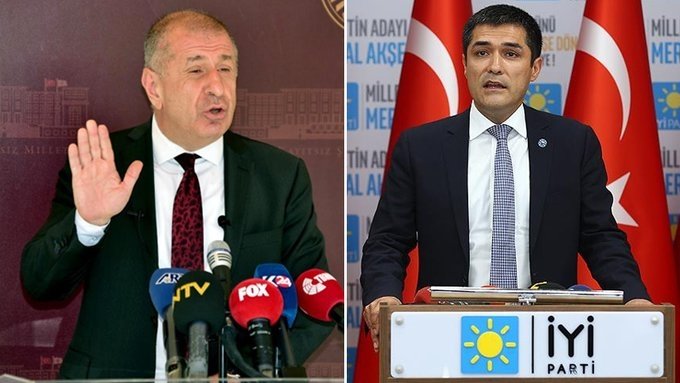 “I called the president (Meral Aksener) to tell her that our party wont be able to wing in Kars. Lets support MHP there so runner up HDP wont be able to win the mayorship but she would not listen,” said Umit Ozdag whom now openly challenges his party’s positions. Iyi head Aksener refrained from supporting nationalist MHP which is an ally of president Erdogan’s Ak Party. Aksener allowed terrorist group PKK’s political wing HDP to win the elections in eastern city of Kars rather than supporting long-time nationalist party MHP where she had served as an MP.

Ozdag also revealed Iyi Party’s secret connections to outlawed Gulen group. He said a crypto Gulenist, Bugra Kavuncu became party’s Istanbul chair despite him warning Aksener several times about Kavuncu being a Gulenist. “He had served as a deputy chair of Turkish-Kazakh Businessman Association which was shot down by Kazakh authorities after request from Turkish government for being a Gulenist umbrella organization,” Ozdag said.

Iyi party head Aksener was one of the leading politicians whom rushed to rescue Gulenist institutions from being taken over by the state after Gulenists attempted to overthrow the government in 2013. Gulenist later on carried out a coup attempt during which 251 people have been murdered.