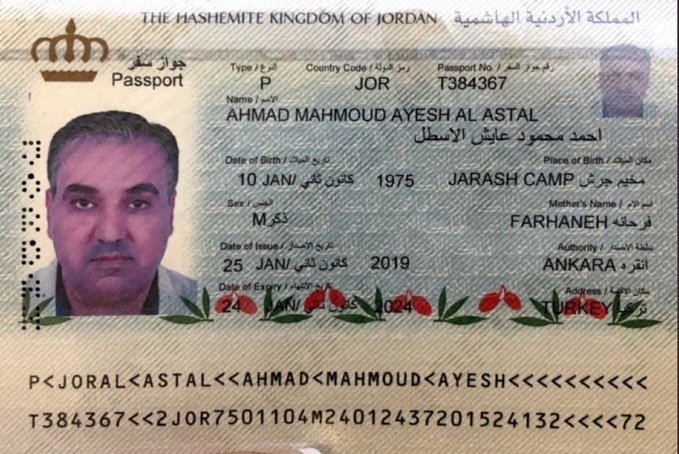 Straturka has learnt that Al Astal started working for the Emirati intelligence in 2009. In 2013, he moved to Turkey, on orders from the UAE, to spy on Muslim Brotherhood members from the Emirates. Prior to leaving the UAE, the Emirati intelligence installed a custom software on Al Astal’s personal computer to enable him to securely communicate with his handlers.Al Astal contacted his handlers primarily via secure email and mobile applications. His handlers were known as Abu Rashed, Abu Ali, Abu Suheyl and Abu Faris. He identified the first two individuals and said that he met Abu Ali, his second handler, in Istanbul in 2016. The UAE intelligence paid Al Astal approximately $2700 per month. He was paid a lump sum of $11,000 prior to his 2013 move to Turkey and an additional payment of 148,000TL in 2015 to buy an apartment in Sakarya, Turkey. Mr. Al Astal is believed to have received no less than $400,000 from the Emirati intelligence to date. In addition to keeping tabs on Muslim Brotherhood members, Mr. Al Astal gathered information about Turkey’s domestic politics and foreign policy.

Al Astal, born 1975, moved to Turkey in December 2013, where he lived in Sakarya with his wife and two daughters.

He worked for the UAE’s intelligence service for 11 years and spent nearly seven years in Turkey, under the cover of an investigative journalist and writer working for several MB-affiliated media organizations, gathering information about Arab dissidents and journalists, including UAE citizens, in exile.

Al Astal was summoned the UAE Immigration Department in 2008, seemingly with regard to his pending application for a work permit, where he received a call from the Emirati intelligence and met with an officer known as Abu Rayyan. Asked about the think tank Al-Hewar, where he had worked in 2006, Al Astal was offered to work for the Emirati intelligence. When he refused, his job applications were blocked, citing his supposed failure to pass background checks.

Abu Rashid, the man who recruited  Al Astal in 2009, was his sole handler for approximately one year. (In 2010, he was joined by Abu Ali.) Abu Rashid has been identified by the Turkish intelligence as Rashed Abdulkhaliq Mohammed Al Shara. (Abu Ali ran Mr. Al Astal exclusively starting in Jan. 2014.)

Abu Ali, who was Abu Rashid’s supervisor, traveled to Istanbul in May 2016 to meet with his agent. His full name is Saud Abdelaziz Mohamed Bindarwish, born 1 January 1974. Al Ali ran Mr. Al Astal until Dec. 2017.

Al Astal was transferred to another handler, Abu Suheyl, who ran him for a period of seven or eight months.

Al Astal was finally linked to the UAE intelligence handler known as Abu Faris – until his capture.

Between his recruitment in 2009 and Dec. 2013, Al Astal communicated with his handlers by phone and, once a month, in person. He was initially asked to gather information about the Muslim Brotherhood in the UAE and recent developments in Egypt, among other issues. During this period, the agent began to receive payment for his services and, with the help of the Emirati intelligence, obtained a residency and work permit.

During this time, Al Astal communicated with Abu Rashid by phone and via email, and joined him in public places, such as shopping malls, for face-to-face meetings.

In 2010, after one year of working with Abu Rashid, Al Astal met an intelligence officer called Abu Ali at the Mullah Plaza across the Dubai Police Headquarters. Abu Ali was henceforth involved in running the agent until Dec. 2017.

The UAE government began to arrest MB supporters in 2012, when some of them fled the country and sought refuge in Turkey. Upon receiving an invitation from said individuals to join them in Turkey, Al Astal informed his handlers about the invitation. Abu Ali and Abu Rashid encouraged and ordered him to relocate to Turkey.

Al Astal proceeded to apply for a Turkish visa and, upon receiving a positive response, rented an apartment in Istanbul in Jan. 2014. In Feb. 2015, he bought an apartment in Sakarya and moved there.

Al Astal spied on Saeed Naser Alteneiji, among other prominent MB supporters in Turkey, and shared information with his Emirati handlers. He also attended meetings with said individuals, recorded those meetings on tape, and shared said recordings with the UAE intelligence. Al Astal also responded to requests for information from the Emirati intelligence, pertaining to recent domestic and international developments, among other issues, via covert communication methods.

The UAE intelligence has been relying heavily on Arab nationals, including Palestinians, to gather information about Turkey. That members of those groups do not wish to return to their native countries and need money encourage them to serve the Emirati intelligence.

It is possible to categorize methods of communication between Al Astal and the UAE intelligence into two groups. During his time in the UAE, Al Astal spoke by phone with his handlers and met them at shopping malls. He submitted his reports via email. There was no obvious effort to conceal Al Astal’s relationship with the Emirati intelligence, presumably due to the absence of any other authority in that country.

Following Al Astal’s move to Turkey, the Emirati intelligence service took certain precautions to hide his involvement in espionage. Such measures were taken prior to his departure. The first known precaution was to install a custom messaging software on Al Astal’s computer. They proceeded to exchange messages by saving them as drafts in designated email accounts.

With the exception of the submission of reports, they used web-based messaging applications, such as WhatsApp and Telegram, to pass messages – including routine correspondence.

The Emirati intelligence ran their agent remotely and did not take the risks associated with face-to-face meetings – except one time, in Turkey, over the course of seven years.

The UAE intelligence appeared to have created financial problems for Al Astal, placing him under financial and emotional distress, prior to his recruitment. He was offered financial support following his recruitment to keep him motivated. The agent initially received irregular payments, between 2000 and 3000 dirhams, and came to earn some 10000 dirhams, paid regularly at the beginning of every month.

Having received cash payments early on, Al Astal opened an account with the Dubai-based Noor Bank in 2012 and his payments were then deposited to said account. During his time in Turkey, the agent received payments, through a separate account at the same bank, and used his debit card to withdraw cash from ATMs in Turkey as needed.

In addition to his monthly payment, the individual is known to have received no less than two lump sum payments from the Emirati intelligence: 40,000 dirhams prior to his move to Turkey and approximately 220,000 dirhams to buy an apartment in Sakarya.

Al Astal received the second lump sum payment from a hawala office affiliated with the UAE intelligence service. The hawala transaction occurred once. Additional precautions were taken during Al Astal’s visit, such as the turning off of cell phones and communicating over pay phones, to avoid detection.

The UAE intelligence appears to have initially contacted Al Astal due to his affiliation with the Al-Hewar Center. The individual was identified during the Emirati intelligence’s ongoing operations regarding that institution. Following his recruitment, the agent kept a low profile and blended into the staff to avoid detection. Yet he remained conveniently positioned for the UAE intelligence.

Al Astal shared information with the UAE intelligence regarding the activities of his targets, along with their home and work addresses, among other personal information, to facilitate future actions by the Emirati intelligence.

Following his move to Turkey, the UAE agent concentrated on Turkey’s relations with the Muslim world, foreign policy initiatives, and domestic politics, together with the July 15, 2016 coup attempt and the likelihood of another coup attempt. He also identified and passed information to the UAE about Turkey-based Arab journalists and dissidents, who may be vulnerable to recruitment efforts by the Emirati intelligence.