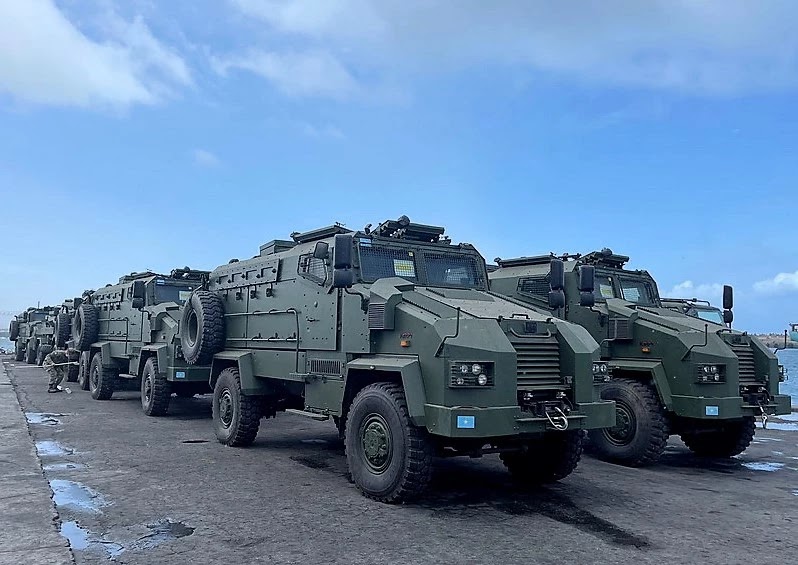 By Stijn Mitzer and Joost Oliemans
Turkey has made a shift from being partially dependant on donations of military equipment in the 1970s and 1980s to being the party that donates in the 2010s and 2020s, gifting military equipment to allied countries around the globe. Although Turkey began donating military equipment to neighbouring countries as early as the late 1990s, this policy truly set off in the 2010s as Turkey began to increase its worldwide influence. This has not only included the donation of military equipment, with ambulances, buses and other items finding their way to nations across the world as well.
In many cases these donations stem from generosity and a desire to aid allied countries. Others donations are linked to the deployment of the Turkish Armed Forces (TSK) to Syria and Libya. Somalia has been another recipient of Turkish aid after the Turkey took a leading role in rebuilding the country’s military, with thousands of Somali soldiers so far having received training in Turkey and at Camp TURKSOM in Somalia’s capital Mogadishu. The training of foreign soldiers and officers at Turkish military institutes is another way of providing free military assistance.
In other cases, countries are given a budget with which they are able to procure items from Turkish defence manufacturers. For example, in 2019 the Armed Forces of Montenegro was allocated a €16 million budget to procure Turkish off-road vehicles. [1] Turkey has also donated hundreds of 7.62mm MPT-76 and 5.56mm MPT-55 assault rifles to Somalia, Albania and Montenegro. Less lethal items include 5,000 uniforms, 1,359 pouches and belts, 5,000 water bottles, 50 five-man tents and 50 20-man tents donated to Gambia, enough to equip its entire military. [2]
As Turkey is further expanding its foreign influence and strengthening ties with a large number of African countries, it is not unthinkable that more donated equipment could soon find its way to more countries around the world. This could either consist of newly-produced items or equipment just retired by the Turkish Armed Forces. The TSK operates a sizeable arsenal of military equipment scheduled for replacement in the near future or that has already been placed in reserve. Some of this equipment could perhaps be passed on to friendly nations after an overhaul.
A detailed list of heavy weaponry, military vehicles and other heavy equipment known to have been donated by Turkey to other countries can be viewed below. The ownership of some of the heavy weaponry deployed to Libya by the TSK is currently unknown, and these items are not included until evidence that proves their ownership comes out. Small arms, miscellaneous equipment such as tents and non-military items like buses and motorcycles are not included in this list. When the number of donated items and their date of delivery are known, they are added as such. This list is updated as new donations are made.
(Click on the vehicle or equipment type to view a picture of them in service with their new owners)