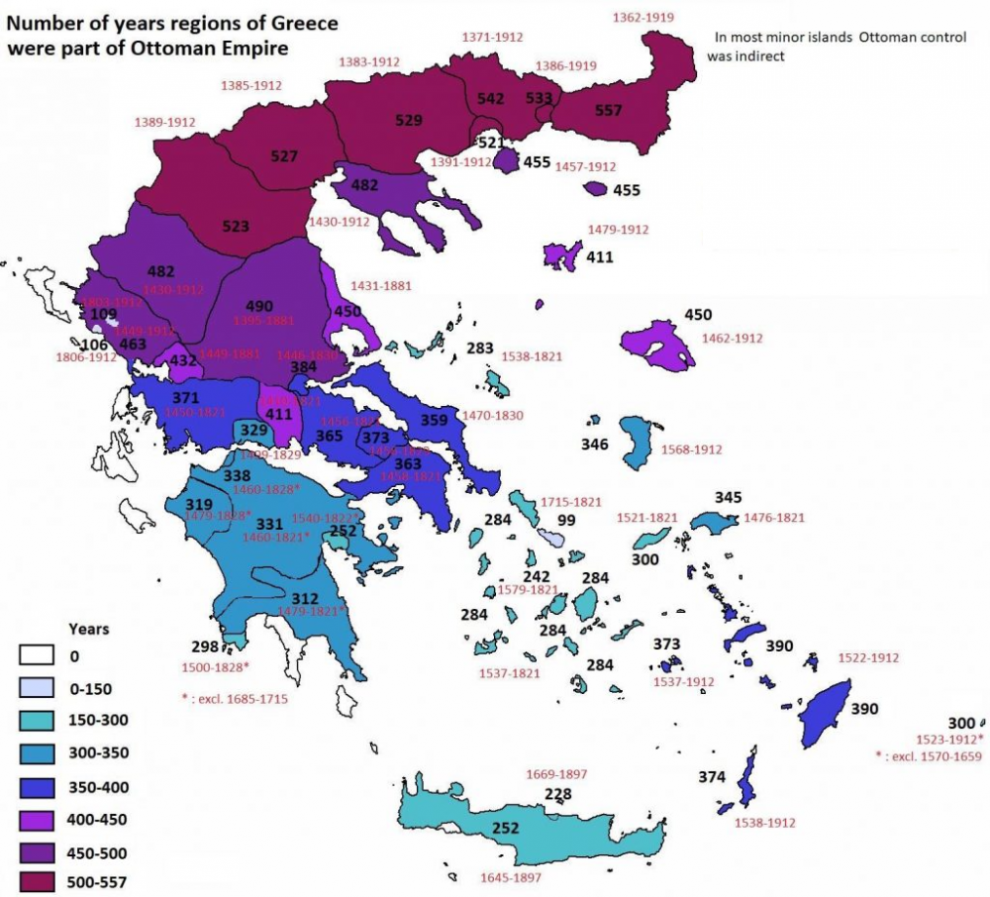 he Ottomans never had the opportunity to object to the creation of the Greek Kingdom on its Peloponnese peninsula in 1821. The Ottoman Sultan, Mahmud II had to send a perfunctory note of recognition (not congratulation) to the new king of Greece, Otto. The countries that fought the Ottoman Empire for Greek independence – England, France and Russia – could not agree on a Greek person to be declared king, so they had to find the Bavarian prince, Otto von Wittelsbach. Their search for a Greek king took almost a decade, and Otto the Bavarian became the first King of Greece in 1832, under the Convention of London. He reigned until he was deposed in 1862.

The second son of King Ludwig of Bavaria, Otto, ascended the newly created Greek throne while still a minor. In short, the country was ruled by England, after all, it was a nation that Lord Byron, the poet, had literally created out of the Macedonian people. The British created not only Greece but Egypt too.

The Ottomans never fought Greece directly. The British and French started proxy wars using the poor young Otto and those who replaced him. During the final days of the Empire, the U.S. took over the proxy ownership of Greece because President Woodrow Wilson was a lover of all things Greek, Armenian and Kurdish. He provided transportation to the so-called Greek army to occupy Anatolia. The young king Constantine had opposed entering the war at all. Especially opposing joining on the Allied side as his family was German and he was the Kaiser’s brother-in-law. But the ambitious prime minister Eleutherios Venizelos was sure that the Allies would win the war and that Greek participation would yield benefits for his “Megali Idea” and for his plan against Bulgaria and Turkey. Our poor neighbors left 216,000 sons dead in Anatolia under the ashes of the Ottoman Empire, from which our modern Turkey rose.

The founders of modern Turkey, even as the smoke was still rising from those ashes in western Anatolia, extended their hand of friendship to the king of Greece. The Anatolian adventure was the direct result of Venizelos’ policy; and his impact on Greek nationalism poisoned their internal politics as well as the relationship with Turkey.

The relations between Greece and Turkey have always been marred with fantasies that the legacy of the Megali Idea nurtured. Instead of seeking compromise and solving common problems, the Greek side wasted its energy to keep alive those fantasies that were babbled by Prime Minister Kyriakos Mitsotakism when he said the reopening of the Hagia Sophia as a mosque was a major disappointment for Greece. Disappointments generally result from thoughts and expectations that are out of line with reality.

Another example that wastes Greece’s time and energy is the Aegean Islands. Greece never had the Aegean Islands as her legal territory. The agreements that the Ottomans were forced to acquiesce to when the superpowers were busy creating Greece also put the Ottoman islands under the Italian protectorate. They were not discussed at the Treaty of Lausanne in 1923 and 10 years later they were swindled out of Turkey’s hands. At that time Turkey was implementing an appeasement policy toward the West and the loss of islands created a major irredenta (even though officially it has never been voiced). A note is due here: To be an irredenta, Greece had to have Hagia Sophia as their national asset. There was no Greece (not even the word!) when the Ottomans conquered the East Roman Empire and its capital. On the contrary, the Ottomans had it as part of their land for at least 300 years.

Finally, the two countries are about to get together to discuss many thorny issues that seem to be obstructing better relations. Whatever caused this unprecedented thaw, it must be a good starting point for both nations.