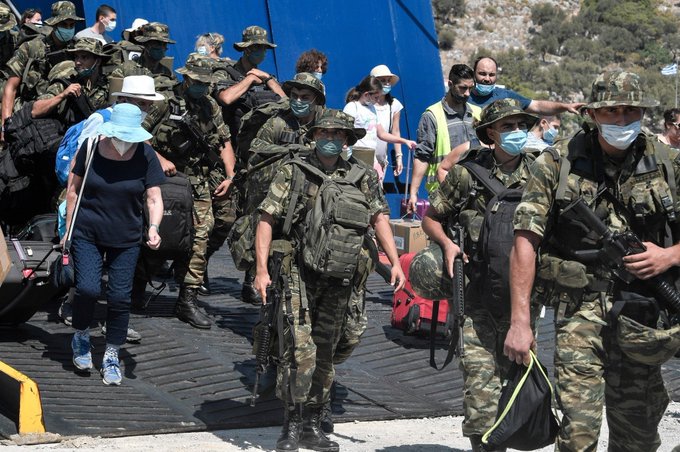 Greece sends troops to Kastellorizo island amidst rising tensions in Eastern Mediterranean. The island is 2 kilometers away from Turkish coast. As per treaties of Lausanne and London, Greek islands near Turkish coasts must be demilitarized. An anonymous Turkish source told Straturka that deployment of military personnel to Kastellorizo means breaching provisions of treaties, a move that nullifies them. The source added that Turkey’s likely military response will be legitimized by such actions and delegitimize sovereignty of Greece over islands. Turkey will certainly have a reaction to such wrongdoings, he added.

Turkey has long been in a rift with Greece due to the length continental shelf and exclusive economic zones (EEZs) in Aegean sea. Greece claims that islands possess continental shelf and EEZs as mainlands. However, since Greek islands are as close as 2 kilometers to Turkish territories, some islands’ maritime borders include Turkish soils. Opposing Greece’s self-declared maritime borders, Turkish government has been long stating that it won’t hesitate to fight to protect its maritime zones. On the other hand,  Greece signed a delimitation agreement with Italy last month and limited maritime borders of its islands located in-between the two countries. Islands between the UK and France also have limited maritime zones.