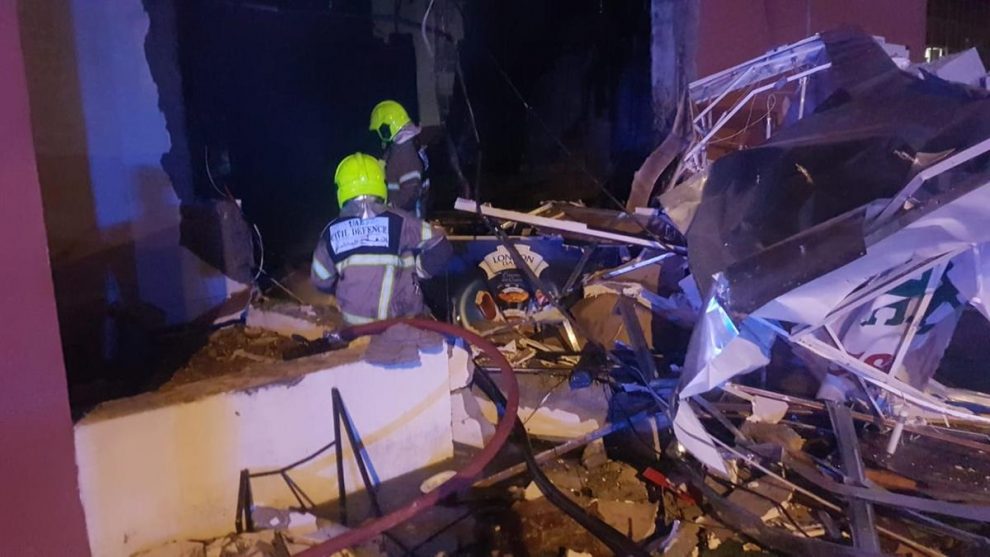 At least three people were dead in UAE on Monday after two separate mysterious blasts shook Abu Dhabi and Dubai.

Coincidentally, the blasts took off as first Israeli commercial El Al Flight 971 flew off Ben Gurion Airport early this morning for UAE – in a historic first after the UAE autocrats ended boycott of the Israel.

“Unfortunately, two victims lost their lives – one near the site of the incident, and a second passer-by who was hit by debris. We extend our heartfelt condolences to their families, God rest their souls,” said a twitter statement by Abu Dhabi Government Media Office.

The blast took off around 10:15 am, local time, and has hit the KFC and Hardee’s restaurants and other retail outlets on Sheikh Rashid Bin Saeed Road – known locally as Airport Road, Abu Dhabi-owned The National reported.

Top aides to US President Donald Trump and Israeli Prime Minister Benjamin Netanyahu are expected to use the same street later today after they land in the historic flight between Israel and any other Arab country.

The restaurant and retails shops were gutted.

The report claimed that the incident was “caused by a misalignment in the gas container fittings following refueling”.

One person was killed in Dubai, again allegedly due to a gas cylinder explosion in a restaurant.

The blast damaged one floor of the building where the restaurant is located.

As it remains yet to be independently confirmed what was the cause of the blasts, a Palestinian twitter user wrote: “(…) Their bombs explode before the occupant Israel arrives!”. Another twitter user said it can not be a coincidence that two different blasts in two different cities take place simultaneously due to gas leak, arguing that it was an attack as a response to Israeli officials’ visit to Abu Dhabi.

The UAE move to go public about its love affair with Israeli apartheid state has angered Palestinians and Muslims around the world.