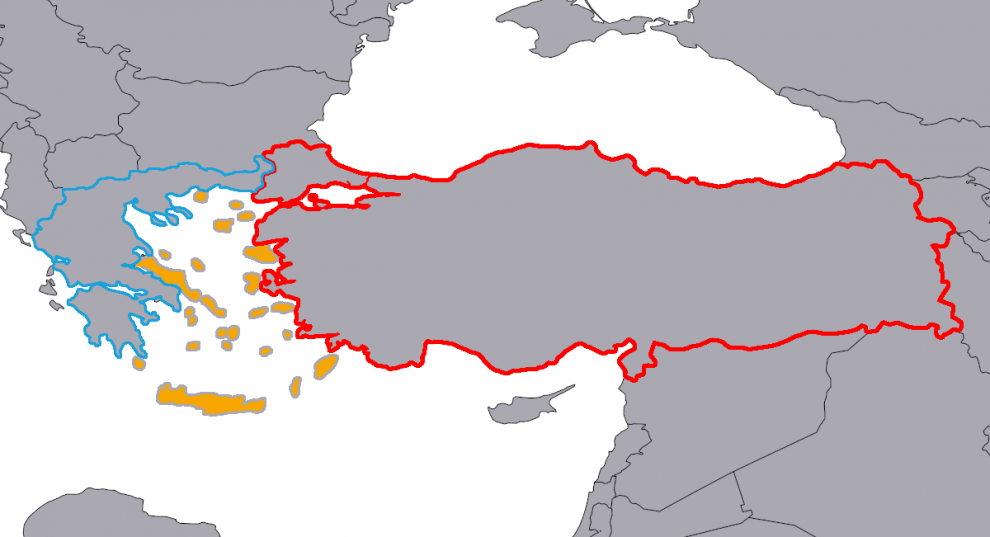 One of the Turkey’s most prominent journalists, Cuneyt Ozdemir pointed at centuries old psychological wounds of Greeks when explaining why tensions in the Aegean sea has recently been increased. Ozdemir said on his popular daily Youtube show that while Turkey considers Greece nothing more than a nice vacation spot, Greek politicians fall victims to their complexes which forces them to act aggressively in the disputed Aegean waters to feel superior.

Greece regards Turkey’s maritime deal with Libya which has been recognized by the United Nations a violation of her sovereign territorial waters and an aggressive act. Turkey plans to start drilling on its territorial waters created by the Libya deal off the Greek island of Crete but Athens still claim territorial rights to the area.

Greece has also been acting in violation of the international agreements that handed the disputed Aegean islands to It. Several international agreements after the World War I placed a strict demilitarizations rule over the Aegean islands which has been violated by Athens. Both countries have come on the verge of a war during 90s over a set of uninhabited islets. Turkish government later adapted a law which considers any Greek attempt to increase territorial waters to 12 nautical miles from current 6 a reason for a war.

Cuneyt Ozdemir said Turkey left 90s behind and Athens has not been on the agenda of but that does not mean Turkey should let Greece simply take over those islets. Turkish Defense Minister and former chief of military staff, Hulusi Akar, said following aggressive responses from the other side of the Aegean that both countries should sit down and talk on the range of issues to find out a win-win solution for everyone.

Political dialogue has not been on the agenda of Greece. Greek minister of defense has threatened Turkey with war being quoted by the Greek media saying Greece is prepared for any scenario and ready to defend its rights and borders by any means.