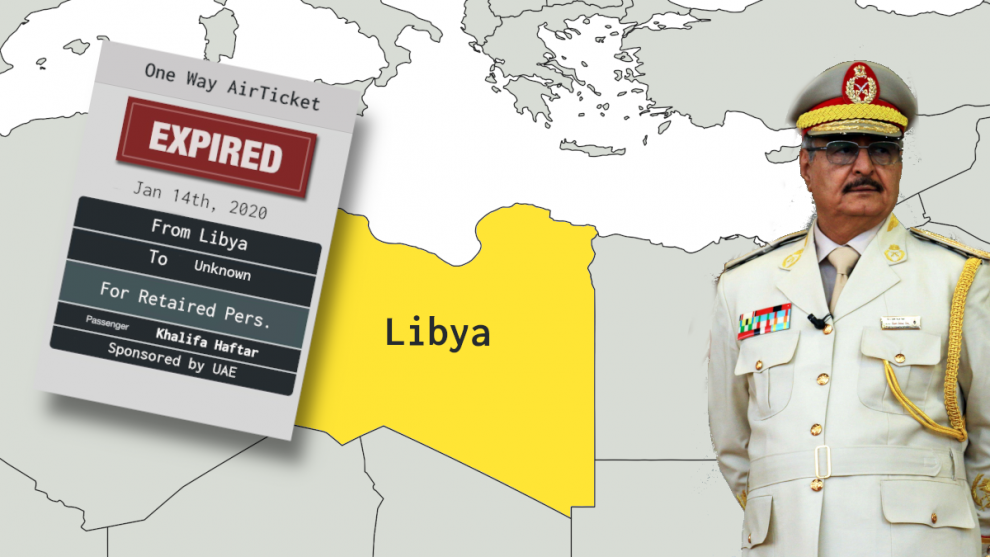 On January 14th, the head of the internationally recognized Libyan government, Fayez al-Serraj signed a ceasefire deal in Moscow after 8 hours of negotiations. The vogue warlord Khalifa Haftar, however, left the Russian capital without signing the deal counting on his successful months-long offensive on the Libyan capital which back then seemed like was going to end in falling of Tripoli. 4 months later, Haftar wants a ceasefire but it’s now too late. The end of Haftar’s Libya journey may have already come to an end.

After legitimate Tripoli-based Libyan government asked for a military assistance from Turkey, Ankara deployed some military personel along with a batch of game-changer armed drones in Libya. The situation has dramatically changed since then. Sarraj’s GNA forces repelled the 14 month-long assault on the Libyan capital and captured the strategic towns and air bases around Tripoli one by one while destroying several army vehicles and Russian-made Pantsir air defense systems. After GNA forces quickly advanced to the outskirts of oil-rich city if Sirte to the east of the capital, Haftar went directly to Egypt to seek help from Sisi. Three days ago, Sisi and Haftar offered a ceasefire in Libya to take effect immediately. But it was nothing but Sisi’s least minute desperate attempt to save his comrade. Both Turkey and Libyan government ruled out the announcement came out of Cairo as GNA forces were still gaining ground and dispersed and disorganized Haftar forces.

British journalist Kyle Orton whom has been closely following the Middle East said the only aim of the ceasefire offer would be to gain time for Haftar to reorganize his army that have been falling apart. Both Ankara and Tripoli seems extremely determined to capture Sirte which would pave the way for GNA towards Benghazi where Haftar’s military headquarters is based.

Meanwhile there have been several reports about how Haftar’s main backers Egypt and the UAE as well as Russia have been considering to replace him after a series of humiliating defeats and losing grounds in such a short time. Some vague social media accounts even claimed that Haftar never returned to Libya from Egypt. Turkish Defense Minister Hulusi Akar, on the other hand, said today that the putschist general would disappear if he loses support in the wake of multiple recent military defeat.