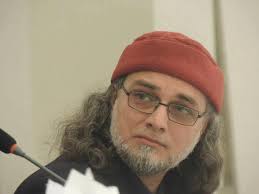 ANKARA – Hagia Sofia – pronounced as Aya Sofia as well – was finally re-opened for Muslim prayer after Turkey’s Council of State – the country’s highest administrative court – decided to annul a cabinet decision of 1934.

One hour after the ruling was issued on July 10, Turkey’s President Recep Tayyip Erdogan issued a decree and handed over the management of Hagia Sofia to Diyanet Foundation – the country’s religious affairs directorate.

It is often debated among Muslims that converting the Church in to the Mosque was a “wrong one”, said Pakistani analyst and war veteran Zaid Hamid.

“This is an exceptional [conversion] act done by one sultan in 1400 years of Muslim history but he had his solid reasons to do that,” Hamid told Straturka.com from Pakistan.

Hagia Sofia was converted in to a Mosque after Sultan Mehmet II, also known as the Fatih (Conqueror), conquered Constantinople, now Istanbul, in 1453. Muslim prayer was stopped in 1934 and the marvelous property was turned in to a museum.

“This superstitious belief was so firmly rooted in to the Byzantine empire and into the Byzantine armies that there was a very strong possibility of multiple rebellions and revolts being built against the Ottomans even after they had captured the city,” he added.

Hamid said Hagia Sofia was not “just a Church for the emperor Constantine”. “This was also a seat for his political, military and spiritual power. This was like a fort for him,” he added.

Hagia Sophia was a personal property of Sultan Mehmet II after the conquest of Constantinople which forbids changes of any sort to the endowment, its lands, and use.

“And after the defeat, emperor Constantine was never found, he disappeared that actually gave strength to the rumors in the Christian world that Constantine is going to return with an army… that he has been picked up by angels and the angels will bring him back,” Hamid said.

“And as long as he is not in the hands of the Muslims, this city will be reverted to the Byzantine empire and as long as this church remains, the Muslims will ultimately be defeated. This was a very dangerous perception which was actually a political and military threat to the Muslim empire,” he added.

Hamid, who is a widely read author, said the act of conversion was “a critical act”.

“It was absolutely critical not just defeat military but also through a massive psychological operation… through perception management to destroy myths and superstitions of that time and for that reason, this church was converted in to a Mosque,” he claimed.

My wife had refused to enter #HagiaSophia when we visited Turkey few years back….she was firm…" I will only enter this place when it becomes a Masjid again"…

Turkey’s Council of State ruled the settlement deed allocated Hagia Sofia as a Mosque and “its use outside this character is not possible legally”.

The court had finished hearing arguments from petitioners on July 2.

“The cabinet decision in 1934 that ended its use as a mosque and defined it as a museum did not comply with laws,” the court said.

The court observed: “Hagia Sophia was owned by a foundation established by Ottoman Sultan Mehmet the Conqueror and was presented to the community as a mosque.”

The decision said that in its title deed, Hagia Sophia was defined as a “mosque” and this cannot be legally changed.

Hagia Sophia was used as a church for 916 years under the Byzantine empire. After its conversion into the mosque, Hagia Sophia underwent restoration work during the Ottoman era, including the addition of minarets for the call to prayer by famed architect Mimar Sinan.

The decision to annul its own 1934 decision, Turkey received criticism from expected quarters. However, it did not deter the government led by President Erdogan to implement the court’s decision.

“Those who do not take a step against Islamophobia in their own countries … attack Turkey’s will to use its sovereign rights,” said Erdogan.

His Foreign Minister Mevlut Cavusoglu added: “Hagia Sophia’s status is not an international matter but a matter of national sovereignty for Turkey.”

Also, the authorities seem to have already made the plans as to how preserve the non-Muslim symbols inside the grand structure.

Sources tell me that the Turkish Gov't is planning on using light mapping technology inside the Hagia Sophia Mosque allowing for historic mosaics and frescoes to still be displayed while meeting conditions for Islamic worship. https://t.co/9EF46LTxpC

It was American archaeologist Thomas Whittemore who has played central role in “uncovering the magnificent mosaics at Hagia Sophia”.