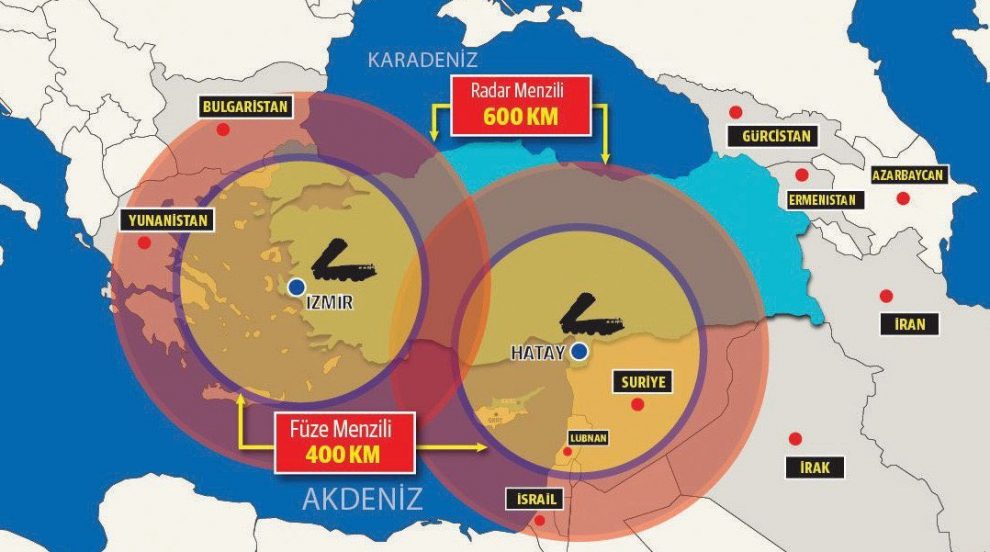 Reports are doing rounds that with rising tensions in Mediterranean Sea, Ankara has activated its high-end air security system.

However, there has been no official confirmation about the operations of the S-400 which were supplied to Ankara by Moscow last year.

“Unconfirmed reports that Turkey has activated its S-400’s systems in light of rising tension in the Mediterranean Sea. Locations of the systems suggest that they have been employed against Greek and Egyptian Aircraft,” one tweet by @TurkishFacts4U said.

BREAKING: Unconfirmed reports that Turkey has activated its S-400's systems in light of rising tension in the Mediterranean sea. Locations of the systems suggest that they have been employed against Greek and Egyptian Aircraft. pic.twitter.com/03b1gYiRvq

The twitter handle “Turkish Facts For You” routinely shares news about Turkey, however, this time it did not disclose source of its information.

Tensions are heightening in Mediterranean Sea after Greece unilaterally signed so-called maritime deal with Egypt. The deal came after Turkey was requested by its European Union partners including Germany and Spain to have talks with Greece instead of starting drilling in the sea, home to huge natural resources.

Ankara, which has set examples of its diplomacy on table and in field, agreed and said it was ready for negotiations with anyone, including Greece on its share of resources in the Mediterranean Sea.

However, proving prophecies true, Athens went ahead and announced its deal with Cairo. Ankara rejected it calling it null and void.

Addressing a news conference on Monday evening after holding a detailed cabinet meet, President Recep Tayyip Erdogan asserted Turkey would not accept any initiative which “tries to lock country to its shores, ignoring vast Turkish territory”.

“Turkey is always ready to resolve Eastern Mediterranean issue through dialogue on equitable basis,” Erdogan said calling on surrounding Mediterranean countries “to cooperate in finding acceptable formula that protects rights of all”.

Turkish Foreign Ministry also warned that those countries which possess “I am sole owner of Mediterranean Sea understanding will be bitterly disappointed”.

It said Turkey has the capacity and capability of “destroying evil alliances formed against it in the Mediterranean Sea”.

Ankara was responding to Greek Foreign Ministry which urged Turkey to “end its activities” in the Mediterranean.

Reports from Athens also said Greek army is on high alert and has canceled leave for soldiers.

Donmez stressed that the search activities in Mediterranean and Black Sea will continue nonstop for achieving Turkey’s energy independence.