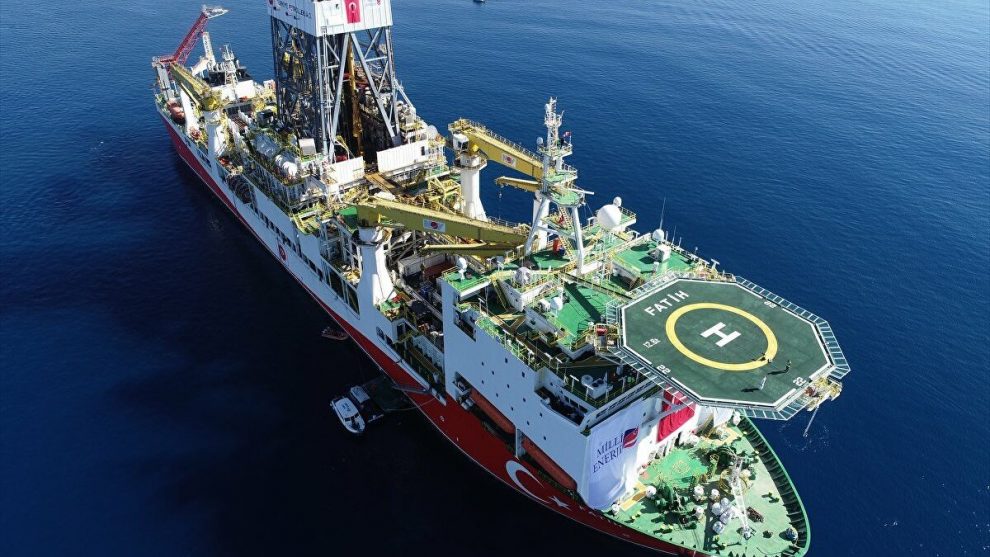 Turkey’s state petroleum company hired one of the world’s most renown deep sea drillers from Malaysia’s Petronas inside sources within the Energy Ministry told Straturka. Turkish company TPAO has been carrying out operations off Cyprus and Libya hoping to find rich natural resource beds with the three deep sea drilling ships under its recently created fleet.

“He is one of the top guys in the sector whom one would go to for deep sea drilling operations,” exclusively said the source to Straturka. The source asked to be remain anonymous due to sensitivity of the subject. The new driller has already started working for the Turkish state company and expected to dock on the drilling ships of TPAO soon. “This move would show the sector that Turkey is indeed very serious about finding natural resources. Guys like him would not come over for anything less than a full success,” the source said.

The move of TPAO proves that the oil company considers its East-Med operations far behind current political frictions between Turkey, Greece and other Mediterranean countries.

Greece has recently signed a maritime delimitation deal with Egypt as a counter move to Turkey’s previous agreement with the UN-recognized Libyan government. However, international maritime rules turn the deal between Athens and Cairo null and void because it violates previously signed Turkey-Libya agreement. Turkey had halted its operation in the Mediterranean to solve the matter through political means. Turkish president Erdogan revealed today that German Chancellor Angela Merkel mediated the move despite Erdogan’s warning. Erdoğan said that he warned Merkel that Greece would not honor its end of the deal and developments proved him right. “Greece didn’t keep up his promise on energy drillings in the Eastern Mediterranean and Turkey will begin to send its own ships to do seismic research,” Erdogan continued.

TPAO has also recently sent one of its drilling ships to Black Sea to carry out explorations to discover possible oil or gas beds in several locations.