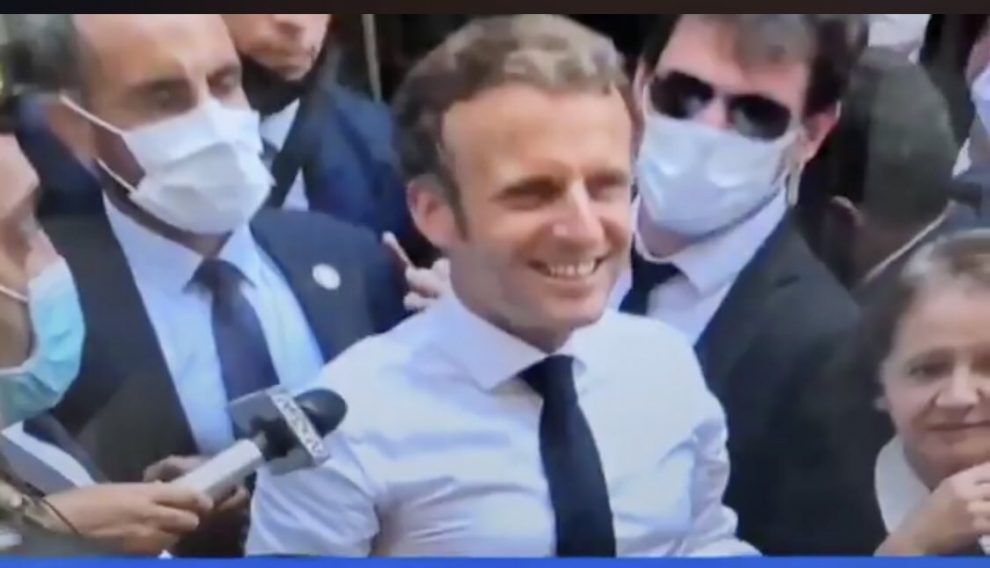 The massive explosion that rocked the capital of Lebanon triggered subliminal instincts in each country. Turkey, as the largest humanitarian aid provider of the world, mobilized its state institutions  to provide food and medical help to devastated residents of Beirut. However, the apocalyptic scene of the Beirut port provided colonial goals for France. The embattled president Emmanuel Macron flew to Beirut to suggest regime change which sparked harsh reaction not just in Lebanon but in several countries.

“Middle East should reject France’s unsolicited new role as governance advisor! A coloniser that is yet to admit or apologise for its recent bloody past shouldn’t have a say in our pains,” said Dana Nawzar from London to condemn Macron for his bald attempt to score political goal out of a catastrophe. France has always tried to maintain close ties to its former colonies. There have recently been some defying in former African colonies. Paris has recently apologized fir the massacre it carried out in Algeria and returned  the remains of 24 anti-colonial fighters. French foreign ministry felt compelled last month to come out and react to a TRT World video that reminded people colonial past of France in Africa. But all these did not stop embattled French president Emmanuel Macron from flying to Beirut and acting as a colonial governor. A Twitter user by the name of Fatima Marianne said “I’m sorry but this makes me feel nauseous. Macron being received by some like a hero figure in the streets of Beirut and stating this will be the beginning of a new era.” Macron’s move was not welcome at all. A lot of people realized that Paris has been pursuing colonial goals out of perhaps the largest grief the people of already fragile Lebanon are suffering.

Turkey, on the other hand, put aside all politics and mobilized its relevant institutions to provide humanitarian assistance to the people of Beirut. A Turkish academic Zeliha Eliacik said Turkey apparently is the only country arrived in Beirut without a political agenda in its pocket. “Political reform demands coming out of Germany,” said Eliacik.  She reiterated that France has opened up a space for itself in Libya with the pretext that it will help fighting corruption. “French Prime Minister has been convicted if corruption and senior Macron aid being investigated for the same crime,” Eliacik continued. Another academic and journalist, Zeynep Karatas who is one of the true experts on the Middle East said Macron acted as if he owns the country, that that is far from what devastated Lebanese people needed.

Meanwhile, a Turkish cargo plane carrying  400 tons of wheat and dozens of doctors along with medial aid was landing in Lebanon. Plans were also in motion for the construction of a field hospital. Turkish state was not alone extending helping hand with no political strings attached. Prominent Turkish Humanitarian Relief Foundation (IHH) was already among those searching for survivors in Beirut after a massive blast. Members of the IHH group were digging through debris to look for people and recover bodies, and the group mobilised a kitchen at a Palestinian refugee camp to deliver food to those in need, said Mustafa Ozbek, an Istanbul-based official from the group.

It will take a long time for the devastated Beirut to recover from a such big catastrophe especially considering that the country has been facing brutal financial crisis as well as the social fragmentation. But when it does one day, Beirut wont be called as the Paris of the Middle East anymore as Dana Nawzar puts it.