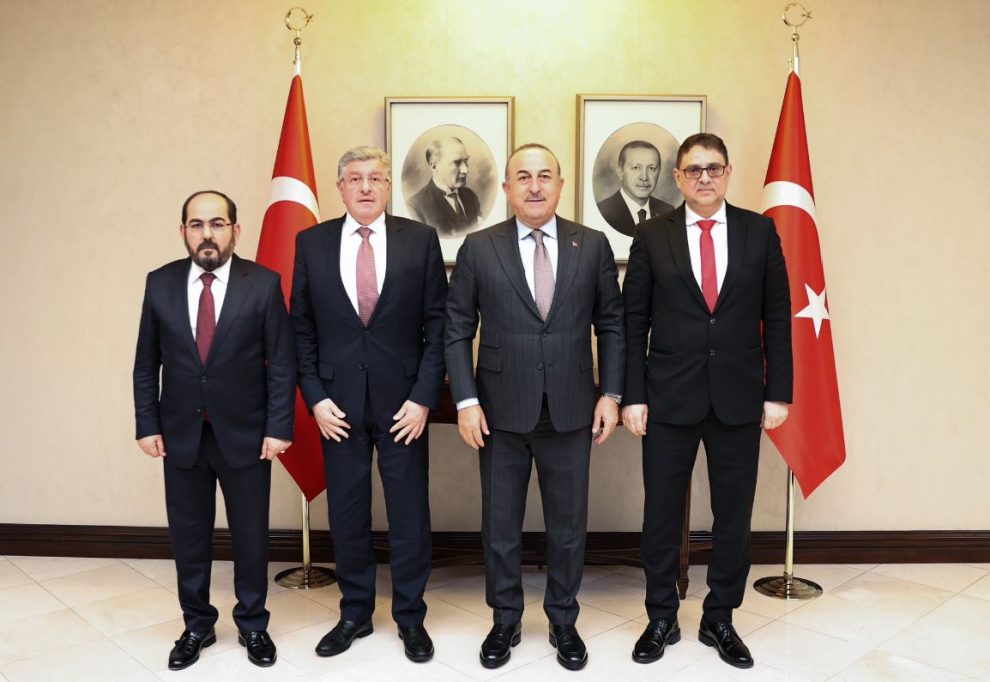 Turkey told the opposition its meetings with the Syrian regime did not address the issue of Idleb, according to Baladi News.

During a live interview with Jamous on the program “What is left” (Ma Tabaqa) on Syria TV, the head of the negotiating body representing the Syrian opposition spoke about the course of the meeting of the opposition delegation with the Turkish Foreign Minister.

Jamous revealed that the opposition was the one who asked “to meet with the Turkish foreign minister. Many Syrians blame us because we did not issue an official statement” after news of normalization between Turkey and the regime.

He spoke about the meeting between the Turkish defence minister and his counterpart affiliated with the Syrian regime, in the Russian capital, Moscow, last Wednesday, saying: “After the news of the meeting, we constantly communicated with Turkish officials, to obtain information.”

He added that “the Syrian opposition delegation met with Turkish officials in Ankara, and conveyed to them the voice of the Syrian street and the people, and heard from them the goals of Turkey’s meeting with regime officials.” He stressed that “they did not hear from the Turks outside the framework of UN Resolution 2254.”

According to Jamous, “Turkey’s meetings with the Syrian regime did not address the issue of Idleb, nor the opposition-controlled areas. These areas are linked to the general political solution in accordance with Resolution (2254).” He noted that the meeting was limited to the issue of cooperation against the SDF.

Jamous stressed that the Syrian opposition did not meet with regime officials outside “Geneva and Astana,” and did not ask them for “any meeting with the regime, not even Russia outside these platforms.” He stressed that they were also not asked to reconcile the “regime” by any Turkish party.

“I met with a delegation from the Syrian opposition and renewed Turkey’s support for it and the Syrian people, in accordance with Security Council resolution 2254. The meeting was attended by the head of the coalition, the negotiating body, in addition to the interim government,” he said.

This article was translated and edited by The Syrian Observer.