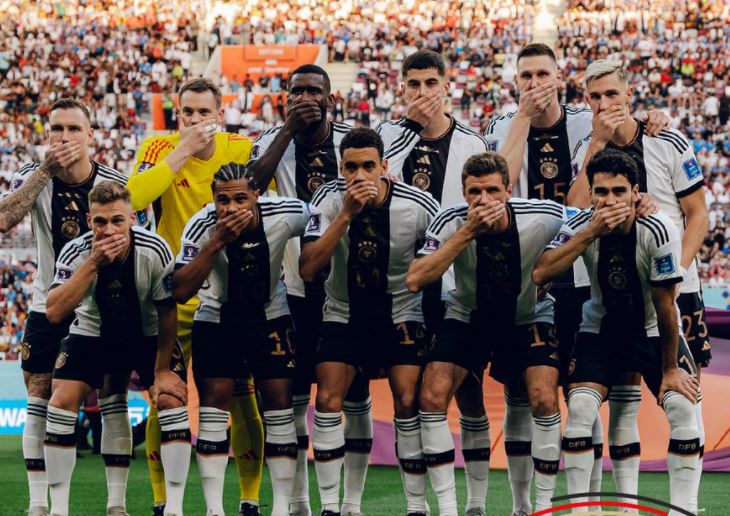 Unique and controversial in many aspects, the 2022 FIFA World Cup is being hosted by one of the smallest countries in the world, Qatar, amid a cascade of Western criticism.

Despite not having a huge local football tradition, Qatar won the bid in 2010 and is now hosting the world’s biggest event. Qatar has reportedly spent $200 billion, or even more, for the tournament. The Doha government is well aware that hosting the event will not pay off but is still happy with it as a chance for the small country to boost its image in the world and help foreigners find it on the map. However, Western media scrutinized and criticized Qatar for its culture, political system, workers’ conditions, etc. While there is some fair criticism, most of it seems biased and fabricated. We know that Qatar’s regional adversaries promoted the publication of anti-Qatar articles in foreign media to discredit Doha’s achievement, though it is also true that deliberate anti-Qatari propaganda already exists in Western media as well.

The media has particularly hit out at Qatar for the working conditions of expats building stadiums and the Kafala System that requires employers to sponsor their employees. In this system, in return for sponsorship, the employer makes contracts with workers, which dictate they cannot leave their job until the contract date expires, which is usually set for five years. The Kafala System has been almost totally abandoned in Qatar, but it is still used as a means to insult the country.

It can be argued that foreign media’s coverage of Qatar hosting the FIFA World Cup 2022 is hypocritical. For example, when Russia won the bid for hosting the FIFA 2018 World Cup and conducted the event, its labor abuses, human rights carnet and other deficiencies were not scrutinized much. When China also hosted the Olympics in 2008, such criticisms were not of much interest. Regarding LGBT rights, again compared with Russia, when Russia was the host country for the World Cup in 2018, the Russian government’s anti-LGBT stance was hardly discussed in the media. However, it seems that Qatar’s similar stance will not be ignored. When asked whether gay couples can hold hands in public, Nasser al-Khater, head of the Qatar World Cup project, said “yes.” In addition, Qatari officials stated that they will allow fans to drink alcohol. Hence, the Qatari government seems to have decided to lift some restrictions on fans during the tournament to avoid criticism.

Despite changes in Qatar’s posture, Western media has maintained its double standards against the hosting country. For instance, the BBC ignored the World Cup opening ceremony to criticize Qatar by not broadcasting it. However, the British broadcaster televised the opening ceremonies for the Russian World Cup and Beijing Olympics despite their human rights records. Moreover, the British football team has protested Qatar for labor rights, but it has been revealed that British Football Association’s shirts, which cost 115 pounds ($139), were made by Thai workers working for 1 pound an hour. Thus, while criticizing Qatar for the conditions of workers, the British turned a blind eye to the conditions of workers manufacturing their shirts.

Based on massive anti-Qatari coverage, the claim that Western media outlets have an Orientalist view against Qatar hosting the biggest football organization is not wrong. Qatar is both a Muslim and Arab country, not to mention that it is in the south. The opposition to Qatar is not criticism for the sake of human rights but seems to be an opportunity to insult Arab and Muslim cultures. Alcohol and LGBT activities are indeed forbidden in Qatar (and many other Muslim countries) because Islam (and other religions) forbid it.

Qatar partly allowed alcoholic drinks and promised not to intervene in the privacy of gay couples, but media and rights groups still continue to strike out at the Qatari government. While Qatar took one step back, the “other side” wants more and ignores Qatar’s religious and cultural values. Similar restrictions were applied by France, Russia and China, none of which are Muslim, but there was no media reaction at the time. Yet, when the Qatari government exerted the same rules, it faced harsh criticism.

Some groups have a different agenda than enjoying the monthlong football tournament. Besides peacefully finishing the tournament, Qatar will have to handle demonizing campaigns. Let’s see whether the small country can raise the trophy for repelling anti-Qatari attacks.