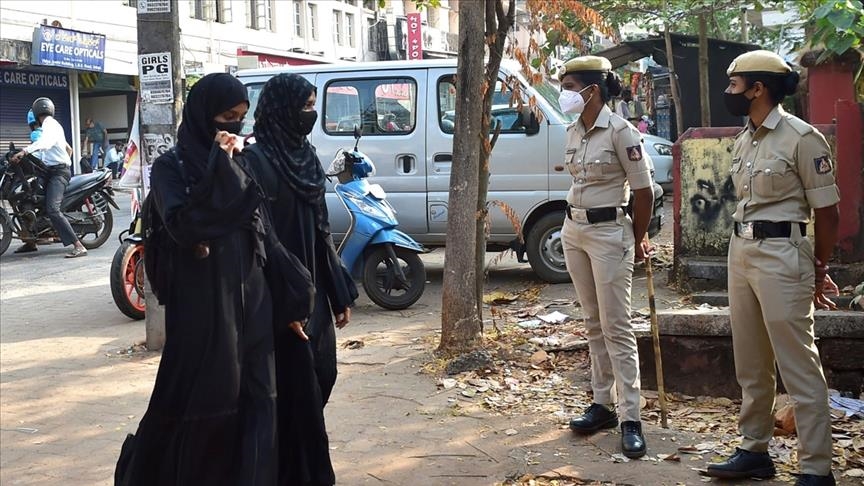 An Indian court on Tuesday upheld a ban on hijab in class in the southern state of Karanataka stating that wearing the headscarf was not an essential religious practice in Islam. The court acted like the fatwa committee though it doesn’t have knowledge about Islam.

The ruling came following petitions filed in the Karnataka High Court by women who were not allowed to attend classes because of hijab restrictions in the state.

The issue flared up when Muslim students were barred in January, from entering their classrooms at a government college in Udupi district in Karnataka because they were wearing the hijab. The ban spread to other colleges in the state triggering protests by Muslims and rights activists who stated the Constitution guaranteed the freedom to choose what one wears.

In its 129-page judgment by a three-judge bench, the court said: “The prescription of school uniform is only a reasonable restriction constitutionally permissible which the students cannot object to.”

Ahead of the verdict, public gatherings in some parts of the state were banned to maintain public order and peace.

According to the Indian Constitution, every citizen has the right to practice, profess and propagate religion. This right can be curtailed only on grounds of public order, morality, and health.

Indian Muslims have witnessed a deterioration of the right to practice their faith under the rule of Prime Minister Narendra Modi and his right-wing Bharatiya Janata Party (BJP).

Construction Market in Turkey to Record 4.76% Y-O-Y Growth Rate in 2022
Altay tank will be powered with South Korean engine