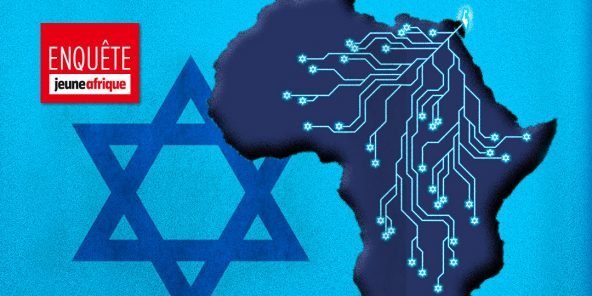 Established for a long time on the continent, these Israeli companies, businessmen or consultants take advantage of their entry into the circles of local authorities to indirectly serve the interests of their mother country. Journey to the heart of a parallel diplomacy that is as flourishing as it is opaque.

In early October, a Sudanese military delegation visited Israel discreetly. For two days, the officers – including Lieutenant-General Mirghani Idris Suleiman, who heads the state’s defense industry systems – met with their Israeli counterparts. A controversial visit, because in Sudan, as in other countries on the continent, the rapprochement and normalization of relations with the Hebrew state are debated. While Israel opened its first diplomatic representation in Africa in 1957, in Ghana, its relations with the continent have mainly developed over the past ten years under the impetus of its former Prime Minister Benjamin Netanyahu (2009-2020). However, his African policy has oscillated between voluntarism and hesitation.

Read the rest at; https://www.jeuneafrique.com/1252656/politique/renseignement-ecoutes-et-armement-comment-israel-tisse-sa-toile-en-afrique/

Mahathir Mohamad fears another Balkan war as Serbs grow aggressive
What is the pragmatic utility of the Canal Istanbul?