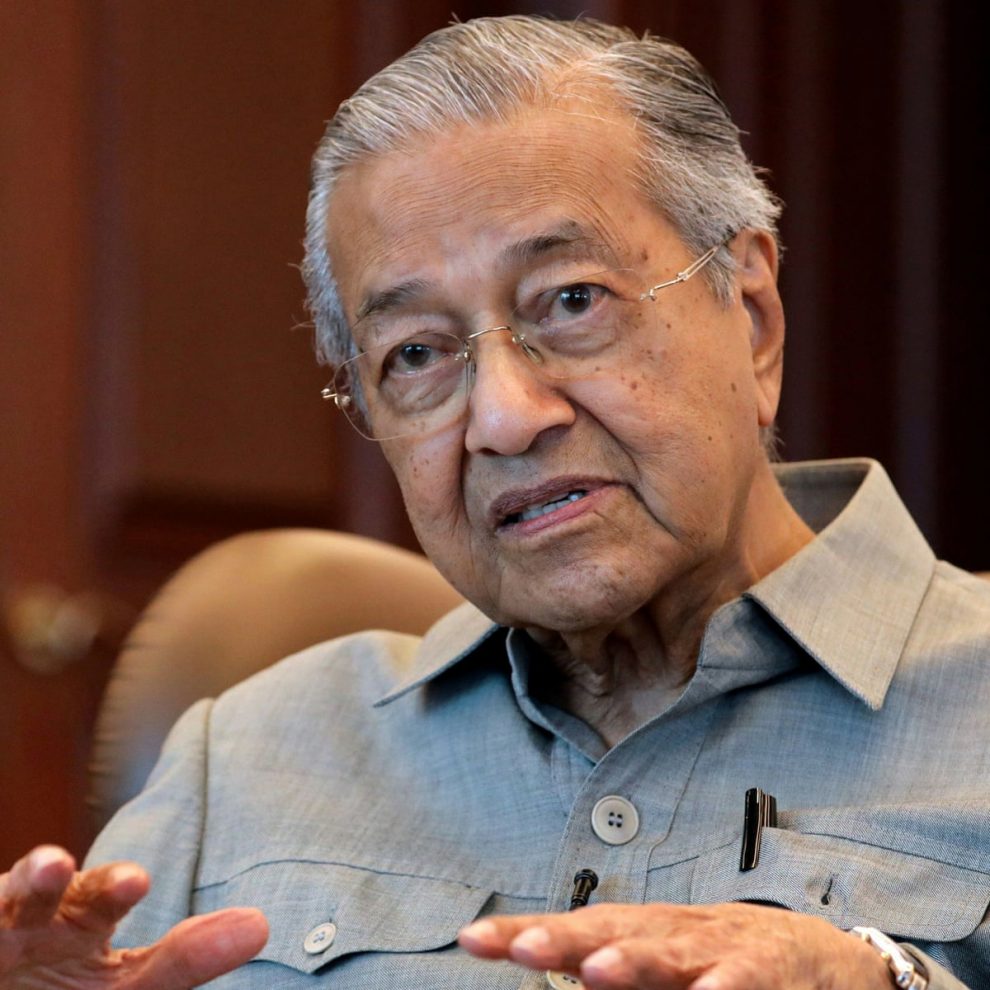 Malaysia’s former prime minister Dr Mahathir Mohamad, one of Bosnia’s biggest supporters, fears another war in the Balkan region due to lingering ethnic tensions and the unjust 1995 Dayton Agreement sponsored by the United States.
Mahathir wrote in a blog on Monday that the Bosnian people would be again left unprotected against the Serbs, who will be backed by Russia and eastern Europeans.
He said Europeans claim to believe in justice and human rights but they display intractable hostility towards Muslims.
Bosnia was under a brutal assault between 1992 and 1995 from Serb and Croat forces hellbent on taking its territory for a “Greater Serbia” and a “Greater Croatia”. Despicable horrors of the Bosnian war and Europe’s failure to stop genocidal war crimes still remain fresh in people’s memory. Many believe Europe was complicit in those crimes, with the Dutch abandoning thousands of Muslims to Serb forces in the town of Srebrenica cited as the most egregious example.
Bosnia and Herzegovina is made up of two units in accordance with the Dayton Peace Agreement: A Bosniak-Croat federation and the Serb-run Republika Srpska.
Milorad Dodik, Bosnia and Herzegovina’s Serb member of the tripartite presidency, is threatening secession and wants to create a separate Serb army.
Russia and China are the Serb entity’s supporters.
If Dodik is able to create his Serb army, there is nothing to save the multi-ethnic Bosnian state established after the Dayton deal, which gave nearly half of Bosnian territory to the Serbs.
Bosnians have expressed apprehensions that a Serb secessionist push would ignite the kind of bloodbath witnessed in the 1990s.
Here is what Mahathir wrote on 8 November 2021 his https://chedet.cc/ website:
BOSNIA HERZEGOVINA
1. Malaysia was much concerned with the struggle of Bosnia Herzegovina to free itself from Serbian ruled Yugoslavia. Croatia, another part of Yugoslavia had already separated.
2. Bosnia Herzegovina was the only part of Yugoslavia where the people were Muslims. The Croats were Catholic and the Serbs Orthodox Christian. Under Tito they had lived in peace with each other. But now the Serbs were oppressing the Croats and the Muslims.
3. Malaysia can claim that it helped the Muslim Bosniaks to fight the Serbs. It was a fierce war. The Muslims were outnumbered and outgunned. But they were winning.
4. At that stage America stepped in to stop the war. They forced through the Dayton Agreement. Clearly the Dayton Agreement favoured the Serbs.
5. Bosnia Herzegovina was effectively split into two. Almost half of it was given to the Serbs. It was ruled solely by the Serbs and was called Republika Srpska. The Croats and the Bosniaks had no role in its Government.
6. The rest of Bosnia Herzegovina was to be ruled by Bosniacs Serbs and Croat through three Presidents, each chairing for one year. This is the Dayton Agreement. Sponsored by the United States. Quite obviously the Bosniacs were the losers.
7. But the Bosniacs did not protest. They tried with difficulty to work with the hostile Croats and Serbs. But now they are going to lose more.
8. The Serbs of Republika Srpska want to secede from Bosnia Herzegovina. They have the tacit support of Europe and America.
9. The Europeans are said to believe in justice and fairness. But more than that is the wish to make Europe exclusive to the Christians. They call Europe Christendom, the abode of the Christians. They regard the presence of Muslims in Europe as an aberration, an intolerable smudge to Christendom.
10. As a result when the Europeans tried to stop the massacre of the Muslims in Bosnia Herzegovina they failed to do so. At Srebrenica, Dutch troops tasked with protecting the Muslims actually moved away when the Serbs attacked Srebrenica.
11. Left unprotected the unarmed Muslims were captured by Serbian soldiers. Then they began a systematic killing of all the men and boys who were captured. The Dutch troops did nothing to stop this massacre.
12. Altogether 12,000 men and boys were shot or bludgeoned to death. It was a war crime but later the Dutch troops who failed to stop the massacre were exonerated.
13. The Bosniac may have to fight another war to retain the entity called Bosnia Herzegovina. But Europe is not going to do anything to stop the killing of the Muslim Bosniacs. They will close their eyes.
14. This time around the Bosniacs will get no help from anyone. The Russians will back the Serbs. So will all the eastern Europeans.
15. We talk much about human rights, about war crimes. We sign international agreements on the conduct of wars. But in the end all these codes mean nothing even to the proponents. If you are weak, you lose and you perish.

Everyone is confused in Syria except Turkey
Intelligence, eavesdropping and weaponry … How Israel weaves its web in Africa