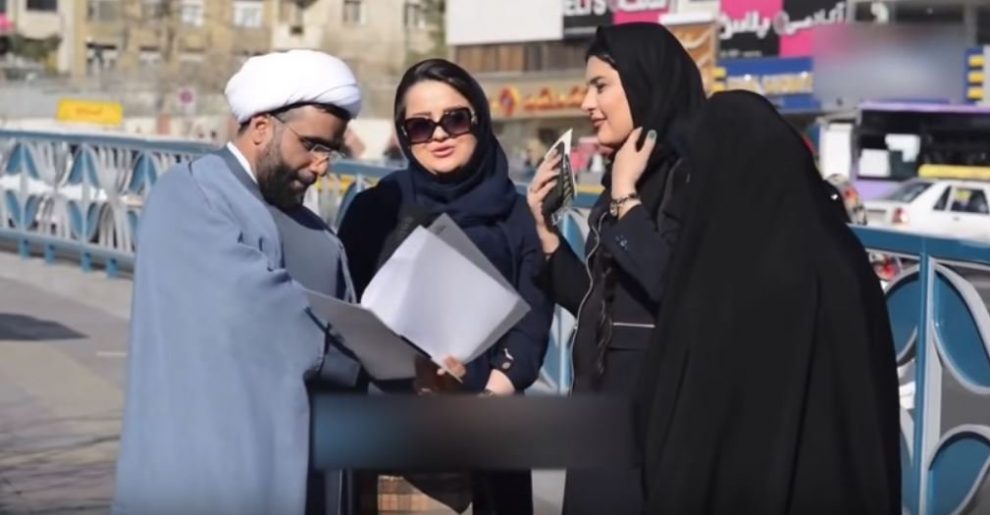 After nine years of revolution and all manner of battles, Bashar Assad remains in power and marginally in control in Syria. Limited military support for Syrians against Assad, sanctions and covert actions have failed to push Assad out. Despite Assad’s marginal control no one should understand that Assad “has won.” Very much to the contrary the latest sex scandal of Iran shows that Assad is desperate and on his last leg.

It has been reported that Iran is now exporting “comfort marriages” to Syria.  Polite journalists are referring to the Iranian practice of temporary marriage for sex as “comfort marriage.” In Islam sex outside of marriage is considered a serious sin.  Some religious scholars in the Shiite sect of Islam have issued religious rulings allowing brief marriage.  So long as the marriage is religiously viable then sex is allowed.  These temporary marriages are as short as one day.  Those in need of “comfort” enter a very brief marriage and have sex.  As quickly and spontaneously as the marriage started the marriage then ends.  Some Iranian organizations licensed female employees that are available to men for temporary marriage.  For those of us outside of the Shiite sect this appears to be nothing short of prostitution.  Money exchanged for sex with the added hurdle of a temporary marriage license for the blessings of the Shiite clerics.

There should be no real surprise that Iran is engaged in licensing prostitution.  Iran and Assad both have had a long history of utilizing sex, religion and sectarian means to divide, persuade and scare Syrians.  Iran’s prostitution effort is perfectly consistent with Assad’s drug trade and other criminal behaviors.  For many Syrians the narratives and discussion around Assad continues to assume Assad as a legitimate sovereign despite many/most Syrians understanding that Assad is merely a criminal enterprise holding a whole nation of people hostage to shake downs and criminality.

Syrians have witnessed Iran’s many efforts to utilize culture, religion, property, education and now sex as instruments to turn Damascus into Tehran.  Iranians have been given all manner of incentives to colonize Syria.  From inexpensive property stolen from Syrians fleeing Assad to Shiite re-education schools we’ve witnessed Iran use every tool imaginable to turn Syrians toward Tehran.  The images of children marching through the city streets of Syria chanting devotion to Imam Ali has almost been too much for many Syrians.  Now we will see images of seduction and easy sex available to all. Now we will see Syrian women turned into prostitutes for Iran and Syrian men turned into Johns doing the walk of shame.

Iran’s use of sex will be effective for many reasons.  It will be used to quiet lonely soldiers missing spouses.  It will be used to pull people away from their own existing religious beliefs, sex sells and for many the idea of having easy sex and not committing sin will be just too much of a draw.  Many men will simply not resist.  Some men will embrace the opportunity.  How many men will resist the temptation is unknowable.  Frankly, it won’t even matter.  The mere existence of these Iranian houses of prostitution will further break down Syrian society.  Ultimately the chaos, suspicion of neighbors and break down of society works well, in fact hand-in-hand, for Assad.  Without society there will be no civil society. Without civil society Assad believes that the opposition to him will dissipate.  He is wrong but it won’t stop him from trying.

For women the lure will be equally appealing.  Wages are at an all time low.  Most families can not even provide food for their families.  The economy of Syria is beyond imploded.  It’s a ghost of itself.  Women will accept the opportunity of sex for money because no matter the economy sex will always sell.  Sex is the last game in town. Given a choice between starvation and sex chances are women will choose sex.  Syrians have long endured humiliation of the Assad regime this will be just one more indignity Syrians will just not speak about.  Polite society in Syria doesn’t even exist anymore.  Why worry what your neighbor thinks when Syrians do not mix anymore.  Syria has become the ultimate social distancing exercise.

Wait! Our boys may still prevail…
A HDP MP rapes a woman, while another one beats his wife