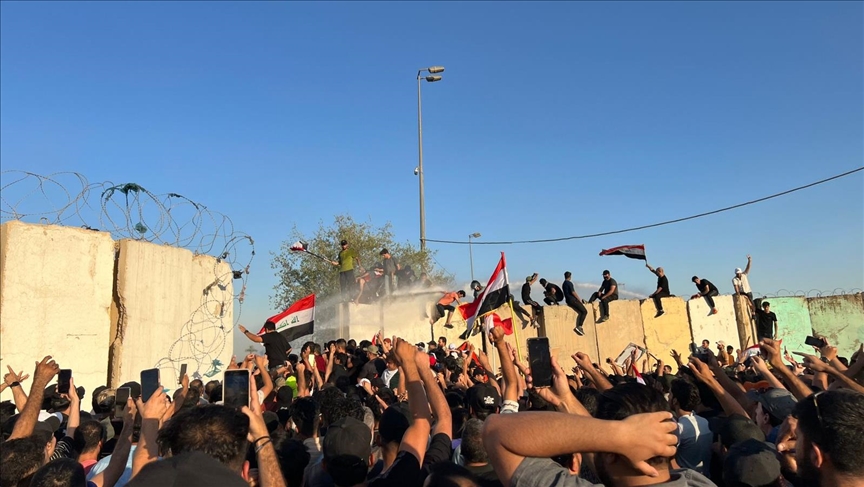 Iraqi demonstrators stormed the fortified Green Zone’s which houses the parliament in Baghdad on Wednesday in protest against the nomination of a new prime minister by Shia parties close to Iran.

Protesters forced their way into the Green Zone after removing a number of concrete barriers, the state news agency INA reported.

For his part, the leader of the Sadrist movement, Saleh Muhammad al-Iraqi, said: “I stand in reverence and respect. It is a wonderful spontaneous and reformist popular message, thank you.”

“Your safety is more important than anything else. If you want to withdraw, I will respect this decision,” he addressed the protesters.

Meanwhile, the Iraqi news agency reported that the protesters began to withdraw from the parliament.

On Monday, the Coordination Framework, a coalition of Shia parties close to Iran, nominated Mohammed al-Sudani as the prime minister.

The Iraqi parliament is scheduled to hold a session within days to elect a new president from among 25 candidates. This move is necessary to officially assign a new prime minister.

Al-Sudani’s nomination is expected to be approved by the parliament after the withdrawal of al-Sadr’s parliamentary bloc from the assembly in June.