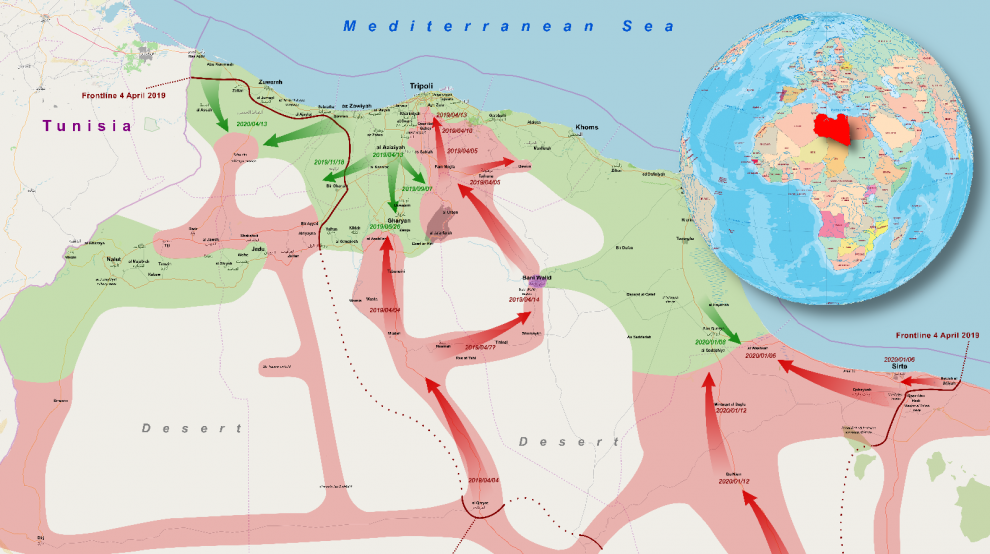 After World War II exhausted the power of European countries, colonized nations succeeded in gaining their independence. Immediately after winning independence, however, dictators seized political powers in many of these countries, most notably in Arab countries like Egypt and Saudi Arabia. In other words, Arab nations that achieved their independence after years of fierce struggles eventually surrendered to the Western colonialist empire via the hands of Arab dictators. Therefore, the Arab Spring began as a wave of hope for all Arab nations.

Yet, Western powers hesitated to support the democratic demands of Arab nations for fear of losing their allies, the long-standing Arab dictators. Eventually, the Arab Spring turned into winter. A military dictatorship was established in Egypt with the support of Western “democratic” powers, while Syria was dragged into a decadelong civil war, as the Syrian lands have become a battlefield for international competition among global and regional powers.

The Arab Spring brought about political instability in Libya as well. The government of Moammar Gadhafi, who singlehandedly ruled the country for more than 40 years, was overthrown in 2011. France was heavily involved in this process to such an extent that they initiated the air assault in Libya without conferring with the U.N.

Although the process of democratic elections immediately began after the fall of Gadhafi, the division of Libya could not be prevented. Political power has since split between two rival governments: the Tripoli-based Government of National Accord (GNA), which is recognized by the U.N. as the legitimate government in Libya, and the Tobruk-based House of Representatives backed by the army of putschist Gen. Khalifa Haftar.

Meanwhile, an international competition emerged over the great natural gas reserves in the Mediterranean. A number of countries ranging from Israel, Greece, Egypt, Turkey, and South and North Cyprus to Libya, Lebanon and Syria have been involved in a competition for determining maritime jurisdiction.

Cooperating with Israel, Egypt and South Cyprus, Greece took the lion’s share in the natural gas reserves in the Mediterranean. However, when Turkey signed a maritime agreement with the legitimate government of Libya, the balance of power was restructured in the Mediterranean.

Turkey’s support for the Tripoli-based GNA also changed the balance of power in Libya in favor of the legitimate government, which was under the constant threat of Haftar forces. Although Saudi Arabia and the United Arab Emirates aspire to be involved in the process by siding with the bloc of Greece, Israel and Egypt, Turkey’s support for the legitimate government in Libya has significantly weakened the position of Haftar forces both in the internal and international fields.

Therefore, Turkey’s involvement in the Libyan crisis brings about political stability in Libya and strengthens the prospect for peace in the country. Meanwhile, Turkey’s initiatives in the Mediterranean provide economic and political acquisitions both for Libya and Turkey. Undoubtedly, Turkey is a regional power that continues to increase its strength.