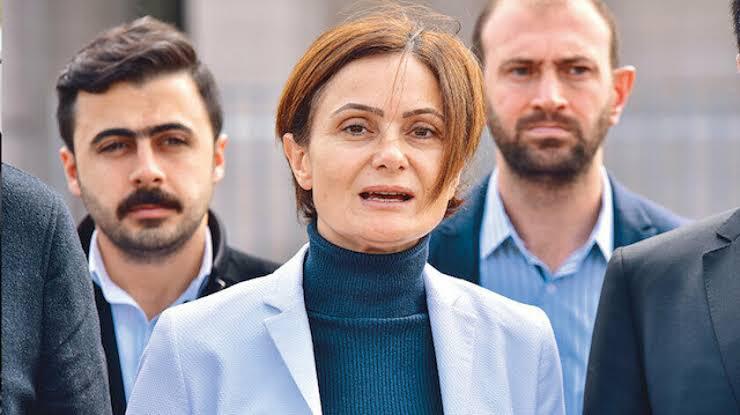 Foreign Policy just published an article on Canan Kaftancioglu glorifying her for defending liberal values while being a bad-ass fighter. But in reality she salutes extreme leftist terror groups and fantasizes about storming the capital with a Kalashnikov.

Canan Kaftancioglu went to Istanbul University Faculty of Medicine specializing in forensic medicine writing her thesis on torture cases, widespread in Turkey during infamous 90s. Just around the same time, notorious ultra-nationalist female figure, Meral Aksener was the interior minister of Turkey. In some social platforms dubbed “Butcher of Kurds,” Aksener was accused of being responsible for forced disappearance and torture of thousand of mostly Kurdish dissidents. Fast-forward 22 years, Kaftancioglu and Aksener formed an election alliance in local Turkish elections. Contradictions of Kaftancioglu does not end there. 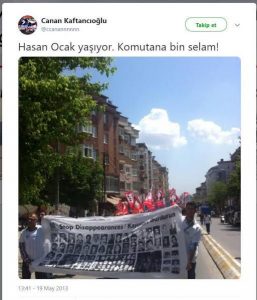 On may 19th 2013, she posted a tweet that could get her into a lot of trouble in any western country. On her Twitter account, Kaftancioglu saluted Hasan Ocaktan, one of the founders of Marksist Leninist Communist Party, a far right terror group responsible for several attacks on Turkey’s security forces. And she was occupying her current post as the head of Istanbul for CHP at the time. Foreign Policy, of course, forgot to mention this as well

A year later, her leftist militarist inner persona burst out once more when she was reacting to Soma disaster where 301 miners were killed. Kaftacioglu used Twitter again to express her communist feelings and said “I would like to pick a Kalashnikov and go to Soma and even Ankara.”

Nick Ashdown may have tried to portray her as the woman who revitalized the crashed Turkish opposition, but Canan Kaftancioglu recently performed some grate incompetencies as a provincial head of Turkey’s main opposition. She gathered Istanbul Women’s Branch conference on March 16th days after fatal coronavirus entered Turkey despite intra-party reaction. One of the candidates for the head of women branch withdrew her candidacy to protest the decision to gather. It was Kaftancioglu’s call to muster hundreds of woman into a conference hall. Later on one member from local Kadikoy district lost her life as several others may have contracted the virus during the conference.

Canan Kaftancioglu has recently changed her user name on Twitter. She may have deleted a few n’s from her user name but that is not enough to delete the memories on her controversial past.