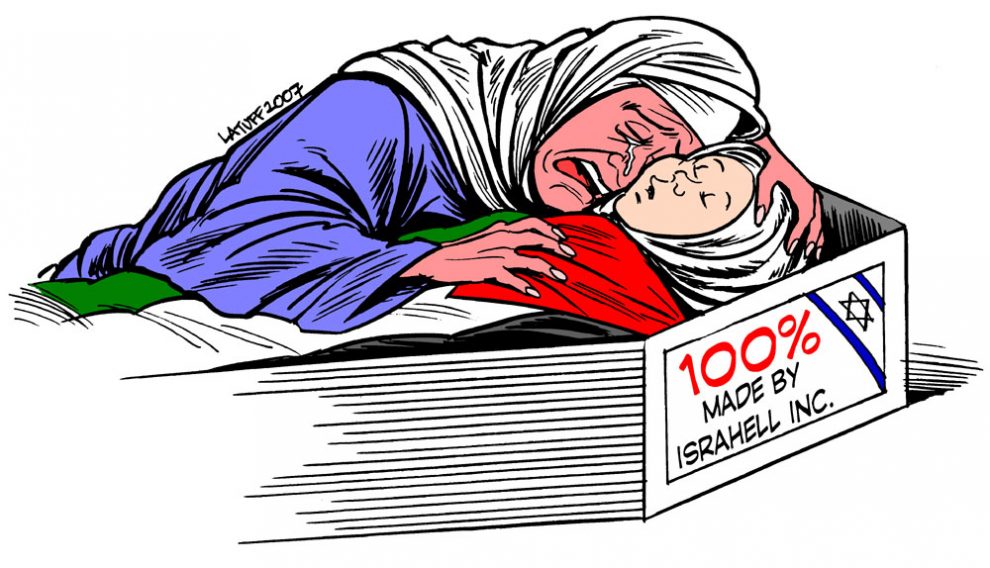 “If there is no reliance for future in somewhere, people embrace past firmly. Today we celebrate the 40th anniversary of our country with fervency in that there is actually none to guarantee the 70th, the 60th or even the 50th.

They still remember the dread of Hattin.

The Zionists never forgot about this Crusade and Salah ad-Din Ayyubi until the NEO-ZIONISM Crusade began.

It is easy to say that they have done grand works.

When there was no country around, at 1897 in the First World Zionist Assembly, they declared that the pirate state of Jew had to be founded.

They spread their lobby activities all around the world.

They made a good use of the genocide that they used the Holocaust very well like a wolf in sheep’s clothing.

They took the “national home” allowance from British with easily with the 1917 Balfour Declaration.

They created the Jewish National Fund with the help of the Jewish businessmen all around the world.

Yet, it didn’t suffice.

They shed the blood of the local Muslim people with the terrorist organizations in the area.

Yet, it didn’t suffice.

Their grudge became their religion.

They spread their so called religious ideals all over the world via their strong lobbies.

They victimized themselves with so-called holocaust promoted it with artistic products, the cinema industry, written and visual press, sculptures, theatres and academic works.

They augmented their population with ten times in seventy years. Set oases in the middle of the desert, they linked grudge towards everyone except themselves.

They supported Arab dictators to secure their surroundings.

Zionists today have spread all around the world and weaved the world like a web to control public opinion.

The strategy is actually to get the world accustomed to the idea that Al Aqsa Mosque belongs to Jews.

While all these happen, Arab regimes remain silent and put pressure on Palestinians.

While the political art’s oldest method “divide et impera” (divide and rule) takes place in the Middle East, there is a pale voice rising from the Muslim Arabian realm.

There is not a single voice from anyone except for Turkey and some other countries. While Israel is slaughtering civilians in the 21st century, those which claim to be humanist are either watching or staying silent or even siding with Israel.

The world watches while innocent people and babies are slaughtered in Gaza.

While a Palestinian mother hugs her baby’s dead body there is another mother singing a lullaby to her baby’s ear in Tel Aviv.

BUT ALL THESE WILL END SOON. ISRAEL THE GREAT (!). I’M COMING FOR YOU!